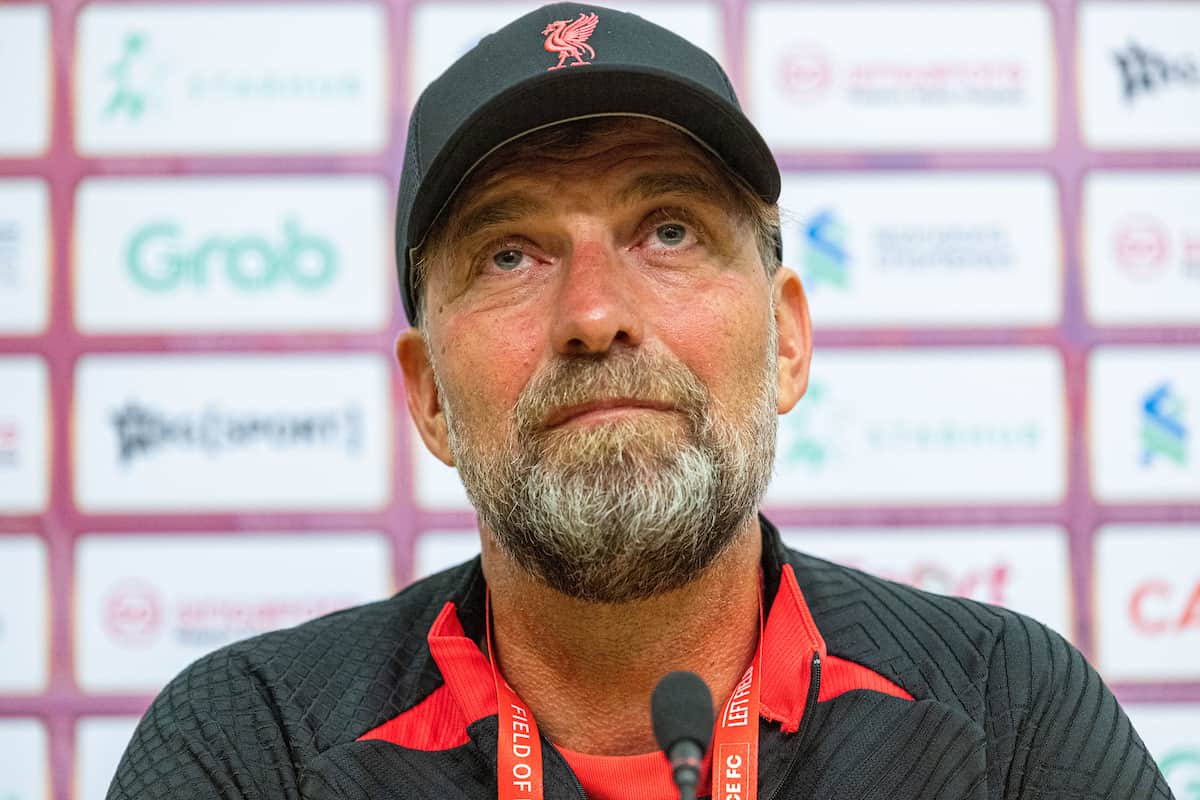 Jurgen Klopp has had his say on the fans that quickly dismiss a player from contention based on one bad game or season, with the manager left to say, “Thank God, I am not like this.”

Sport can induce more than its fair share of reactionary takes from one end of the spectrum to another, with social media often at the heart of these takes.

A player can be quickly judged and categorised in a matter of moments that bleed into views on a club’s transfer activity, all of which Liverpool is not exempt from.

It is all too common to see online and Klopp offered an honest assessment of such reactions and dismissals when he sat down with the press in Singapore on Thursday.

“If you go through, the quality of the players we have is really, really high. People make one mistake,” Klopp said.

“It’s like football fans – I’m not sure all, but some – don’t give people the chance to improve. It’s like, ‘He didn’t play well last year, he cannot score goals, he cannot do that, so get him out of the house.’

“Thank God, I am not like this. I judge potential as much as the last season.

“Actually, the last season is not really interesting, it’s gone. When a player didn’t perform on his highest level, it is at least 50 percent my fault.

“Because it is not about the potential of these players, that is incredibly high.

“It is about bringing it onto the pitch and why should we stop that after a year where we nearly won four trophies? I know we didn’t but we were as close as somehow possible.”

You’ve got to love Jurgen always saying it like it is!