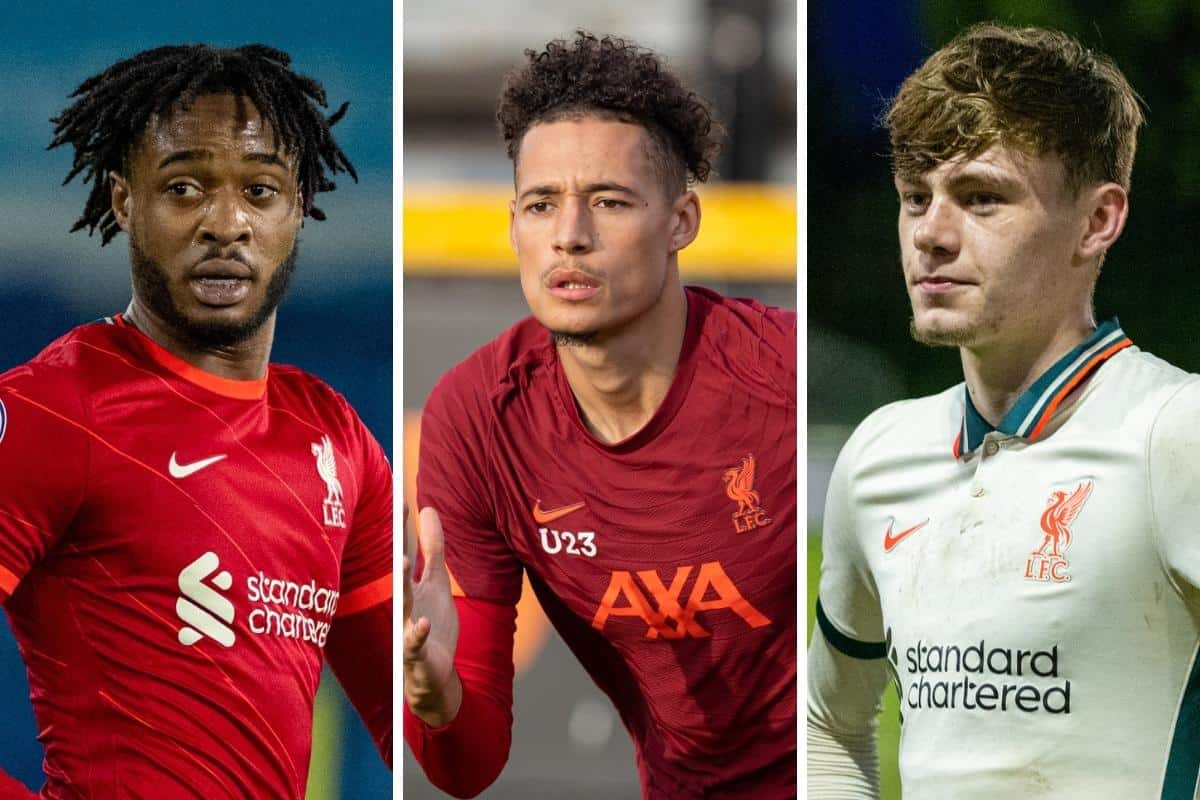 While Liverpool are still in the throes of pre-season, five Reds are to see their season officially start this week after making temporary moves elsewhere for 2022/23.

So far, ten loan deals have been agreed upon with the prospect of more, and for half of them, the new campaign gets underway this weekend.

Jurgen Klopp‘s squad, meanwhile, still have more than a week to prepare for the trip to Fulham, which kicks off the new Premier League season for Liverpool on August 6.

So, which loanees see their season start this week?

5 Reds in the EFL

The Reds have five young players plying their trade in the English Football League in 2022/23, meaning they kickstart the new campaign before those in the top-flight.

Liverpool currently has one player on loan in the Championship, one in League One and three in League Two.

Rhys Williams is the sole representative in the second tier and his campaign with Blackpool starts on Saturday against Reading (3pm BST), a side who narrowly avoided relegation last season.

On the same day, in League One, Conor Bradley‘s Bolton travel to Ipswich. The expectation is that the 19-year-old assumes the first-choice right-wing-back role for Ian Evatt’s side.

Bradley was quick to make an impression having been handed a chance in a number of pre-season friendlies, showcasing his ability to make valuable goalscoring contributions.

The trio follow suit with a traditional Saturday 3pm kickoff, leaving plenty to keep an eye on before the Reds meet Man City in the Community Shield later in the day.

The season has already started for this duo 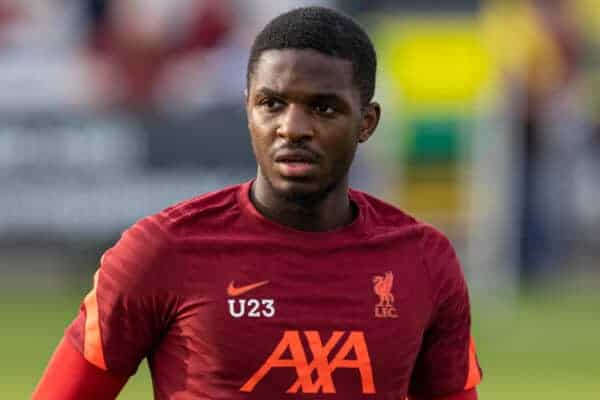 For defender Billy Koumetio and goalkeeper Jakub Ojrzynski, the season is already underway for their respective loan moves to Austria and Poland.

Koumetio joined Austrian Bundesliga side FK Austria Wie, back in June and their league campaign started against Salzburg on July 22.

The 19-year-old came on for the start of the second half to replace the injured Johannes Handl at centre-back, but he could not stop Salzburg from securing a 3-0 victory prior to their friendly against Liverpool.

Ojrzynski, on the other hand, was an unused substitute for Radomiak Radom in their second game in Ekstraklasa last weekend, a week on from missing out on a place in the squad for the league opener.

The talented ‘keeper has stiff competition with 20-year-old Gabriel Kobylak currently assuming No.1 duties, but there is plenty of time to impress.