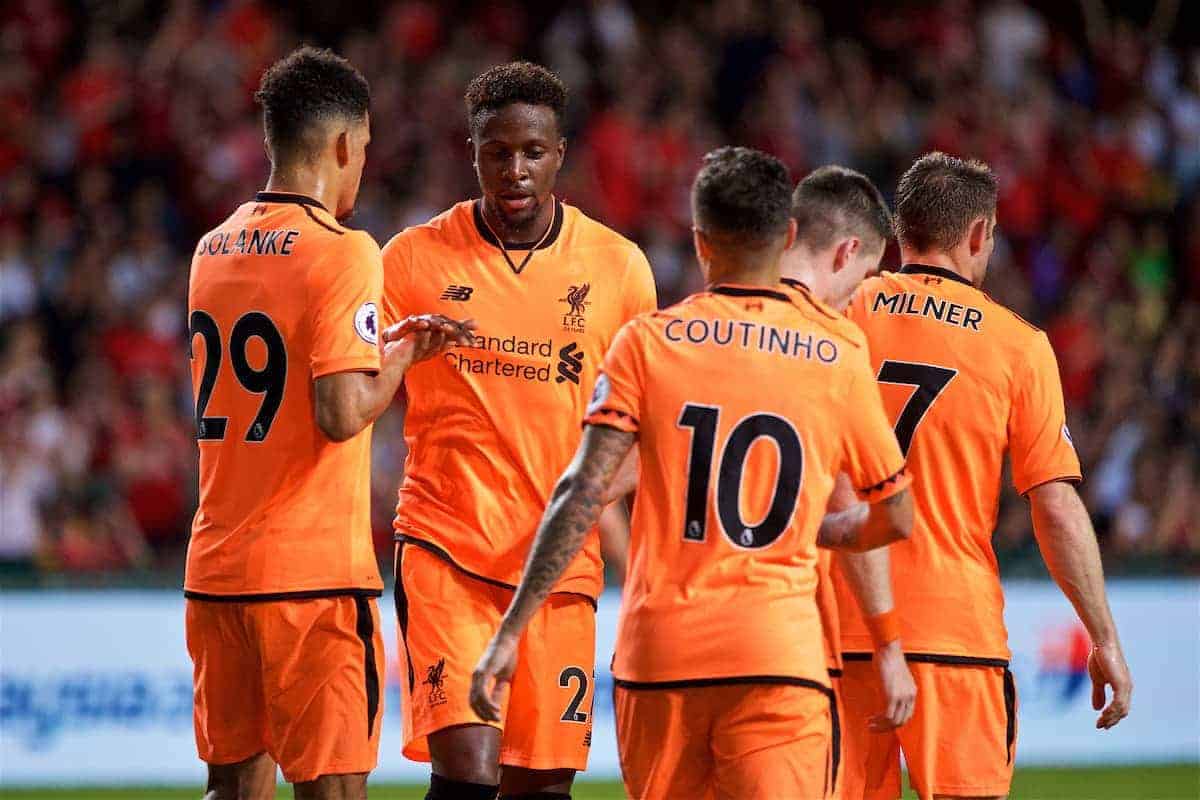 Liverpool take on Crystal Palace in their second friendly of pre-season in Singapore, five years on from their last meeting in the Far East.

It is five years since the Reds have visited the Far East, with two consecutive tours of the United States followed by a two-year pause due to the COVID-19 pandemic.

But Liverpool are now back in Asia and, once again, Palace are their opponents.

Much has changed since then, not least the success enjoyed under Jurgen Klopp, with a Premier League title secured along with the club’s sixth European Cup and silverware in the FA Cup, League Cup, Club World Cup and the UEFA Super Cup.

Palace, meanwhile, have gone through three managers in that time, with Patrick Vieira the new incumbent who inspired a 12th-placed finish in his first campaign at Selhurst Park.

Back in 2017, though, it was Frank de Boer overseeing the first weeks of an ill-fated reign, with their warmup schedule bringing them to the Premier League Asia Trophy. 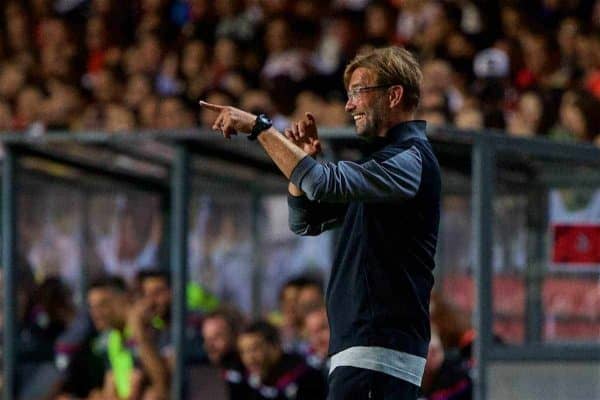 Hong Kong was the destination, and Liverpool were pitted against Palace in the semi-finals, with a place in the final against Leicester up for grabs.

They may not have known the extent yet, but the Reds made their way across the world under the cloud of Philippe Coutinho‘s desire to move on.

The Brazilian was part of the squad at the Hong Kong Stadium, though, as a new-look attack continued its development ahead of Klopp’s second full season in charge. 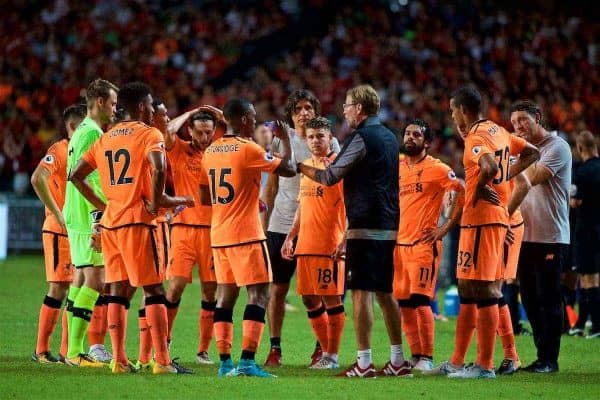 Woodburn provided the inspiration in midfield, dictating play through the first half, while Sturridge went close to breaking the deadlock on a number of occasions.

But it wasn’t until Klopp turned to his substitutes’ bench – managing the minutes with his squad in their third friendly of the summer – that they found the spark required.

That came with new arrival Dominic Solanke – one of 10 changes made within five minutes of the restart – who replaced Henderson in an unorthodox midfield role.

Having joined upon the expiry of his contract with Chelsea, there was a real intrigue surrounding the 19-year-old Solanke, and he captured the imagination in Hong Kong.

It took the teenager just 10 minutes to open the scoring, and he did so in real style as he latched on to Divock Origi‘s smart touch and fired low and beyond Wayne Hennessey from outside the box. 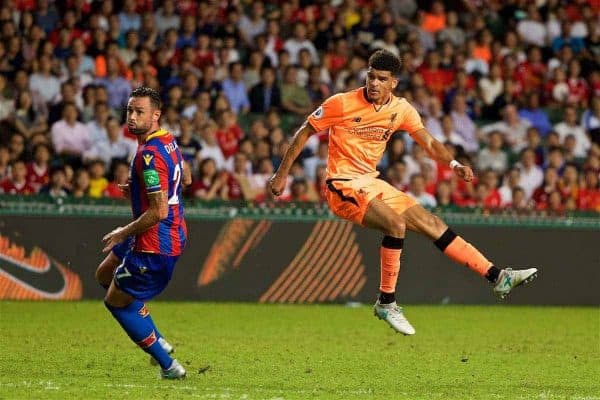 He was congratulated first by Jon Flanagan, before being embraced by Origi and Gini Wijnaldum, with excitement building among supporters.

Origi then made it 2-0 with 79 minutes on the clock, with Coutinho’s burst into the box followed by a shot that ricocheted into the Belgian’s path, his finish thwarting the offside flag for the win.

Liverpool booked their place in the final as a result, going on to lift the Premier League Asia Trophy three days later with a 2-1 victory over Leicester.

“It’s a smart move for him and for us,” Klopp said of Solanke in his post-match press conference.

“He saw an opportunity at Liverpool and we see it also. Having him around, immediately you could see he’s a smart player, a really skilled boy, and I’m happy about this.” 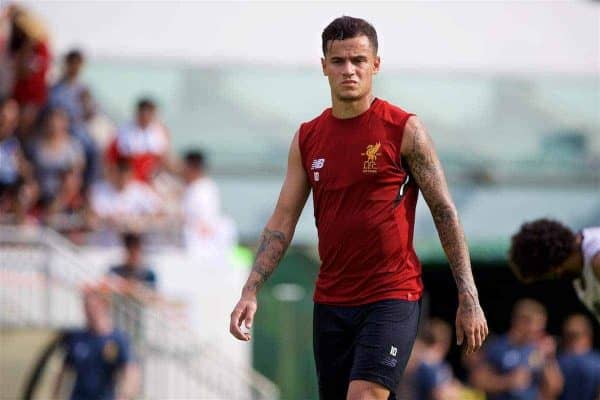 But while the Kop had a new hope in their No. 29, a storm was brewing with their prized playmaker.

Just over 24 hours on from that win over Palace, reports emerged of a £72 million bid from Barcelona, and though the club insisted Coutinho was not for the sale, the interest set in motion a painful power struggle.

Coutinho pushed for the exit later that summer, with a conveniently timed back injury ruling him out of the Premier League opener, while a club statement insisted the No. 10 was not for sale under any circumstances.

He eventually stayed for another five months before a £142 million transfer that sparked concern among fans but ultimately gave Liverpool the funds to change their stars with the signings of Alisson and Virgil van Dijk. 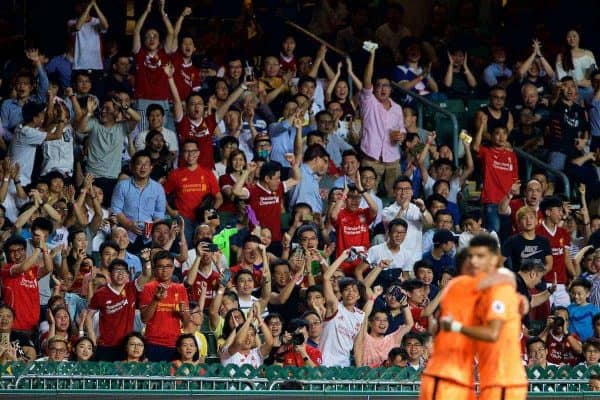 Klopp forged on through that sideshow, with Liverpool going on to reach the Champions League final at the end of the season.

Solanke was an unused substitute that night in Kyiv, the early promise from Hong Kong failing to translate into a meaningful role in the Liverpool attack.

Nor, for that matter, the midfield.

The pieces were there against Palace, though, and five years on, the Reds head into the new campaign with seven of those 22 players to feature in the 2-0 win still occupying key roles in Klopp’s squad.