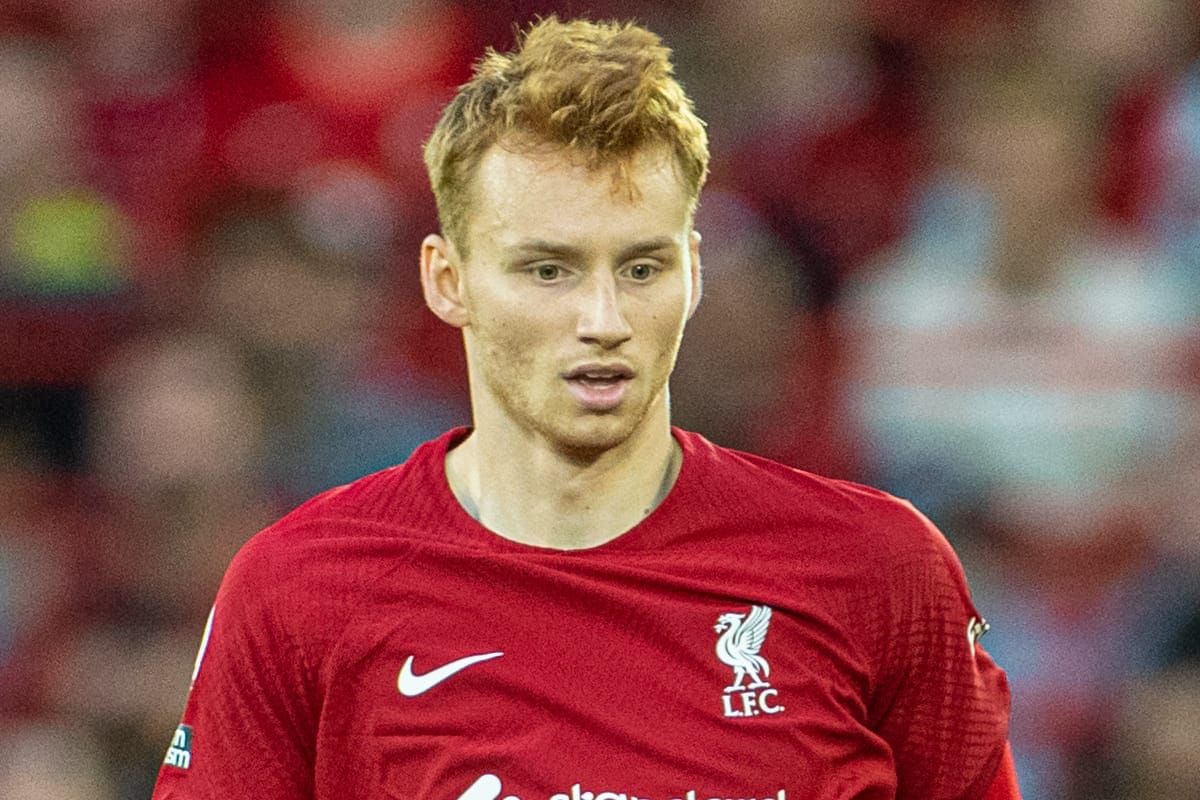 Sepp van den Berg could still leave Liverpool before the end of the transfer window despite injuries at centre-back, with Blackburn “optimistic” over a deal.

It is almost certain that, had first Ibrahima Konate and now Joel Matip not have suffered injuries in the first weeks of the season, Van den Berg would have already departed on loan.

A host of clubs, including Championship sides Blackburn and Burnley, have contacted Liverpool regarding a season-long deal, following 18 months at Preston.

But the Dutchman has made the bench for the first two games of the Premier League campaign and could well be retained for the trip to Man United on Monday night.

This comes as Jurgen Klopp is eager not to leave himself short at centre-back for any game, with an emergency start for Nat Phillips last time out against Crystal Palace a sign of the precarious situation he presides over.

As it stands, Liverpool are stalling over potential moves for both Van den Berg and Phillips, with it likely that at least one of the two stays at Anfield beyond deadline day on September 1.

Given his first-team experience – and the fact Klopp was willing to thrown him in as cover for Joe Gomez at the start of the week – it is more feasible that Phillips is retained.

It makes sense, then, that Lancs Live reports that there remains “optimism” within Blackburn that an “agreement can be reached” for Van den Berg within the next 12 days.

Blackburn have already brought in Tyler Morton on a season-long loan from Liverpool, with the midfielder following Harvey Elliott and Leighton Clarkson in making the switch to Ewood Park in recent seasons.

But there is still space in the squad for Van den Berg, who would be eligible to join Morton at Blackburn as Championship sides can loan a maximum of four players from any one Premier League club.

Making the short trip to Lancashire would be a familiar one for the 20-year-old, though it certainly raises issues given his time with rivals Preston.

Nevertheless, a campaign under Jon Dahl Tomasson should be considered useful for Van den Berg’s development, ahead of a potentially make-or-break summer at Liverpool in 2023.