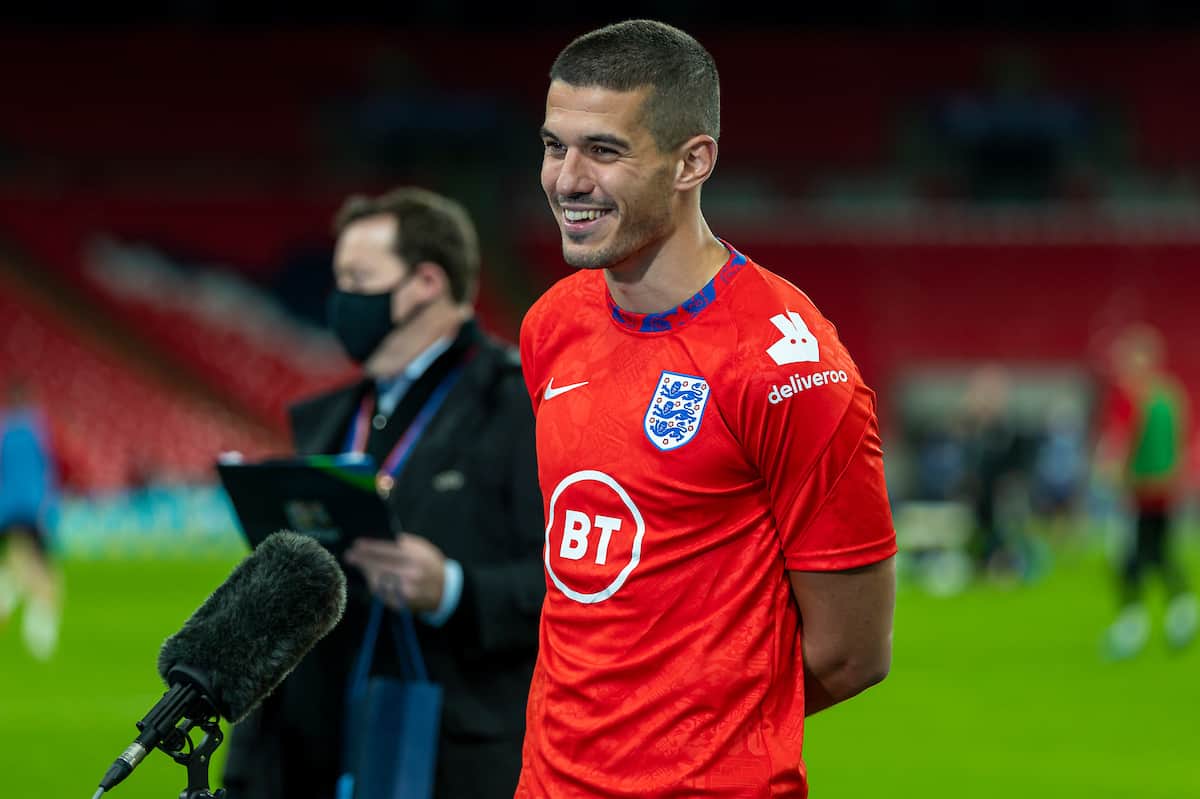 Conor Coady has returned to Merseyside after eight years away, but the Liverpool academy graduate has now joined his boyhood club’s city rivals.

It is eight years since Coady made the bold decision to leave Liverpool for Huddersfield on a permanent transfer, having spent the previous nine within the club’s academy.

Then a defensive midfielder, the St Helens native had made two appearances for the Reds’ first team, including a start against Anzhi Makhachkala in the Europa League, while also captaining the club through the age groups.

But his first-team prospects were clear, and a step down to the Championship allowed him to forge a career that eventually led him to captain Wolves in the Premier League and become a regular in the England squad.

With change afoot at Wolves, however, Coady has now departed – at least on a temporary basis – to join Everton.

The 29-year-old will spend the 2022/23 campaign at Goodison Park, with suggestions that he could go on to make the deal permanent next summer.

He becomes their fourth summer signing and, remarkably, the second player in Frank Lampard’s squad to represent both Liverpool and Everton at first-team level.

Goalkeeper Andy Lonergan remains part of the Blues’ senior squad having signed a new one-year contract in July, extending his stay for a second season.

Previously, the last on a short list of Liverpool and Everton ‘double agents’ was Sander Westerveld, who joined the latter on an emergency 28-day loan from Portsmouth in 2006.

Peter Beardsey, Nick Barmby, Abel Xavier, Steve McMahon and Gary Ablett are among the others to have done so in recent decades.

It will not have been a decision that Coady took lightly, but it is understandable given his situation at Wolves and, like Rafa Benitez before him, it gives him the opportunity to move closer to home.

The first Merseyside derby of the season is set to take place at Goodison Park on September 3.