Adam Lallana has given an insight into the intensity of being a Liverpool player, admitting he felt like he “got a little bit more of a life back” after leaving.

In the early years of Jurgen Klopp‘s reign, Lallana was the poster boy for his high-pressing, intense approach.

Previously, the manager described his No. 20 as the “jumper” in Liverpool’s press; effectively, the first line of defence and pace-setter in hounding the opposition.

But injuries took their toll on Lallana and his minutes gradually decreased, with 53 appearances over his final three seasons before departing on a free transfer.

Now at Brighton, the 34-year-old is enjoying more freedom off the pitch, as he explained on YouTube channel Gaz’s Golf how being a Liverpool player under Klopp is “literally your life.”

“There’s training [in the] afternoon most days, whereas at Brighton, because we train every morning, we always have the afternoon,” he said.

“At Liverpool, training could be at 1pm, 2pm, 3pm, depending on times of games. That’s kind of how Jurgen works.

“I think it’s not as much like that [now], but when he first came in that was his model.

“In the morning you’d be waiting around, you’d drop the kids off, go for breakfast, you couldn’t play golf before you train.” 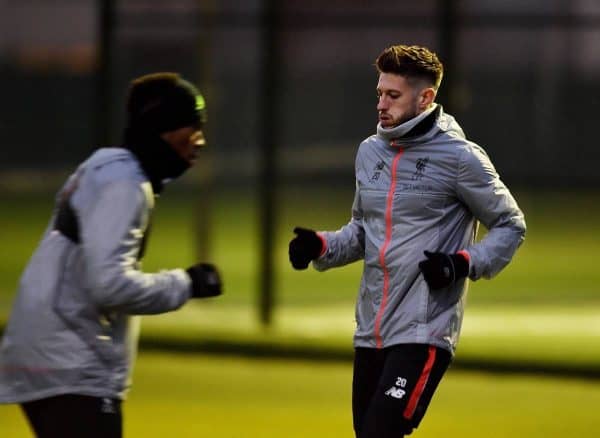 Asked whether that was part of Klopp’s motivation for staggering training times, Lallana agreed, suggesting any distractions from work with Liverpool could be detrimental.

“There would have been an element of [not wanting players to play golf], because playing for Liverpool, it’s literally your life,” he added.

“Coming out of Liverpool, I feel like I’ve got a little bit more of a life back.

“Not that I didn’t enjoy it, I loved it at the time, and I love it at Brighton now for different reasons.”

It is an interesting point of view from Lallana, and perhaps outlines why only certain players are cut out for Klopp’s Liverpool – and particularly for the long term.

Sadio Mane‘s decision to leave for Bayern Munich may well have been influenced by this to a certain extent, with the calendar much more forgiving in the Bundesliga, including a lengthy winter break.

There is no sense of frustration from Lallana at this approach, of course, as that is one of the key factors behind Liverpool’s success under Klopp.