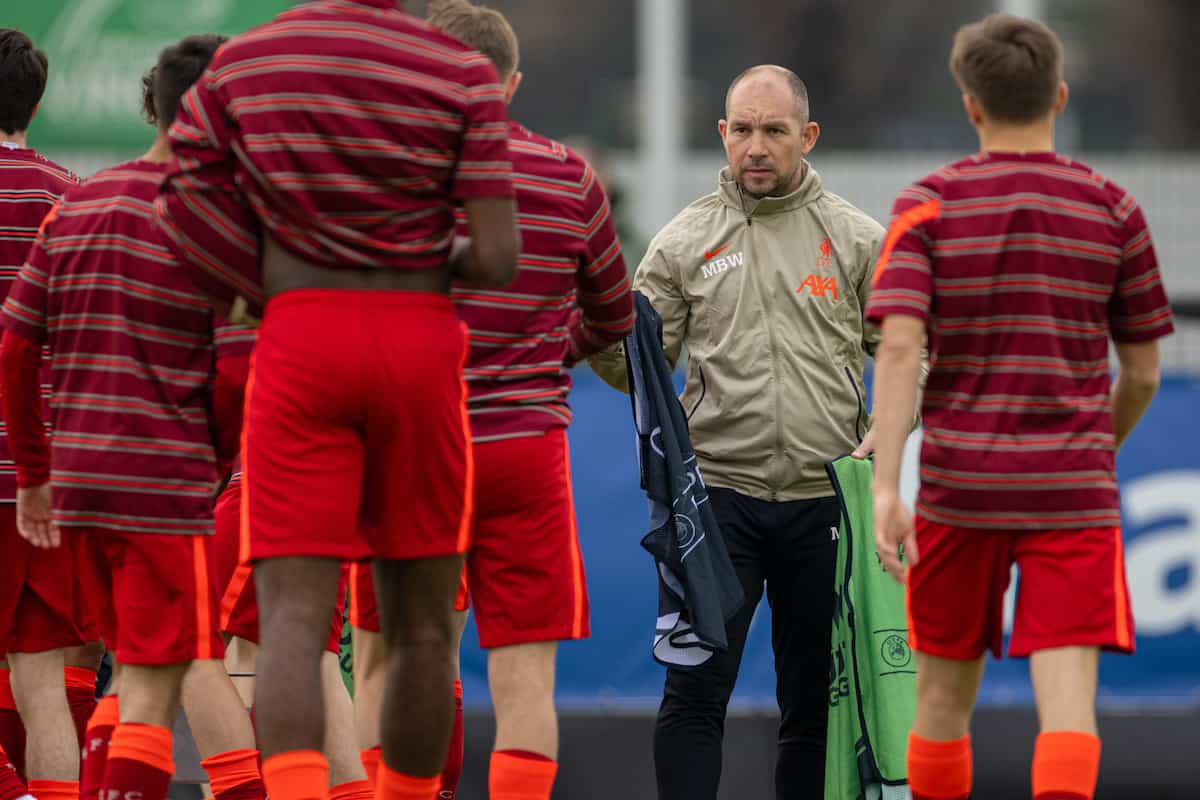 It was a full debut to remember for 16-year-old Lewis Koumas, as he netted four times in the Liverpool under-18s’ 6-2 win over Middlesbrough last weekend.

With players stepping up through the age groups, Marc Bridge-Wilkinson presides over a new-look U18s squad in his third campaign in charge.

And on Saturday, that saw him field seven 16-year-olds for the U18 Premier League opener, with Koumas among those to emerge at the AXA Training Centre.

Despite a productive pre-season, even Bridge-Wilkinson may have been surprised by the fluency of his young side, inspired by the pace and trickery of new signings Ben Doak and Trent Kone-Doherty on the wings.

It was Koumas who took the headlines, though, netting four times on his first start for the U18s, having been fielded in a new role up front.

Pick of the LFC U18 goals yesterday. Koumas with his fourth, Ben Doak with the spin in behind. Unselfish from Ranel Young. pic.twitter.com/dTl7FvCpFa

“Lewis is a good player, as you’ve seen,” Bridge-Wilkinson told Liverpool’s official website of his attacking midfielder turned No. 9.

“He’s got lots of legs, lots of energy, his movement and his ability to run forward, especially without the ball, is really, really good.

“It was an area of the pitch that we thought at the end of last season about using him in.

“Since we’ve come back in pre-season, we’ve had to move him around a little bit to get through the games but he certainly looked the part.”

Koumas, son of former Tranmere, West Brom, Cardiff and Wigan midfielder Jason, stands to be given further exposure as the season goes on, competing with the likes of Ranel Young and Keyrol Figueroa up front. 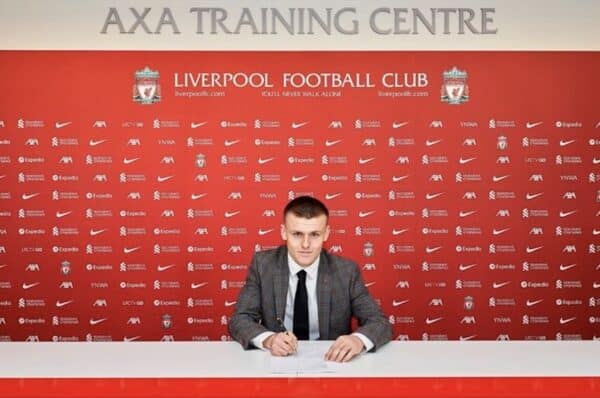 Doak, too, will be a key feature for Liverpool, and the £600,000 arrival from Celtic netted twice on his first competitive outing for the club.

“He can be very pleased with what he did out there,” Bridge-Wilkinson said of the No. 7.

“We know the type of player he is and the quality that he has got.

“He will get better because we know that he needs to get fitter and he will be able to have even more impact in the games.

“He has definitely got quality and is definitely someone we want to see out there for us on the pitch.”