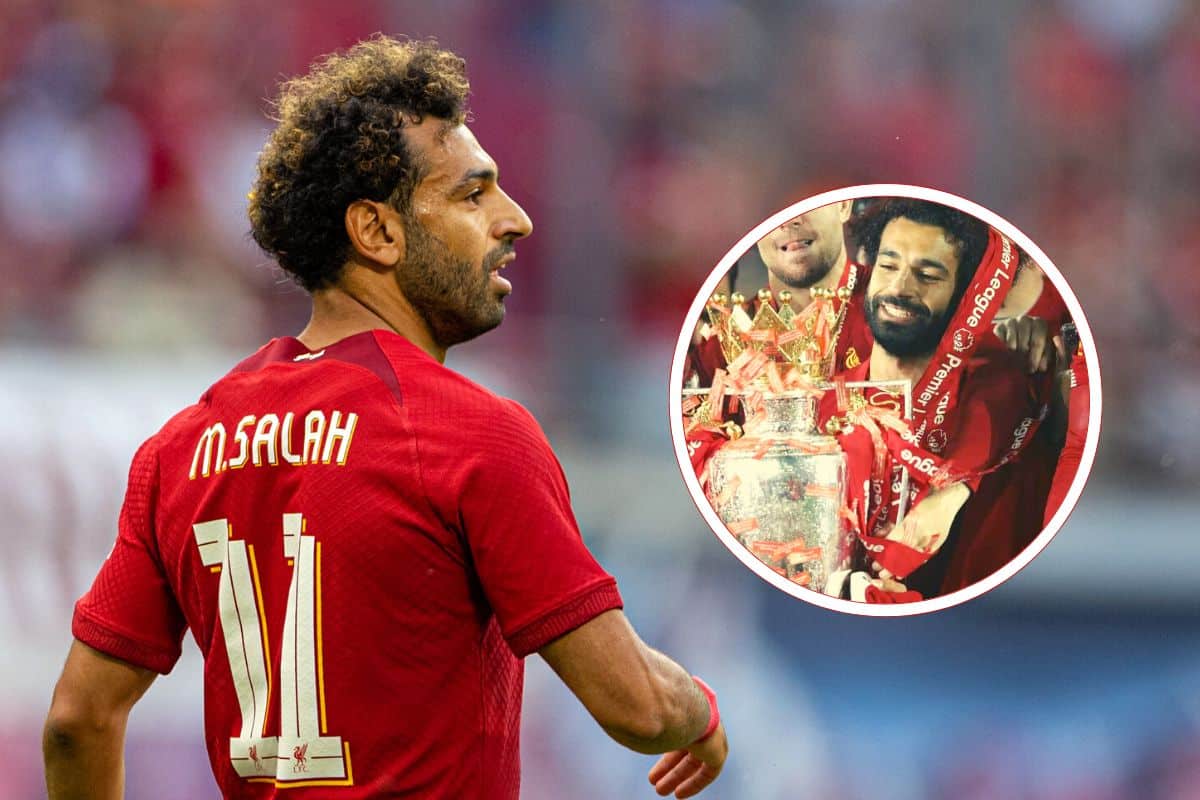 “I always say Champions League, but…” – Salah picks trophy he wants most this season

In words spoken before Liverpool’s defeat to Man United on Monday, Mohamed Salah was asked to choose between winning the Premier League or the Champions League this season.

After three matches, the Reds are still yet to win a league game this season, after being held to draws by Fulham and Crystal Palace before their hugely humiliating loss at Old Trafford.

For that reason, any talk of winning another Premier League or Champions League may seem premature for now, but that didn’t stop Salah from being asked the question last week.

The Egyptian has won one league title and one Champions League since his arrival at Liverpool in 2017, and says his main target for this season is to win either, or ideally both, of those trophies again this season.

When pressed on which trophy he’d prefer to win if he had to pick one, Salah delivered an interesting answer.

“I always say Champions League, but this year I can say the Premier League,” he told Sky Sports ahead of Liverpool’s defeat to their arch-rivals.

As he alludes to, when asked similar questions in the past, Salah has always admitted his belief that the Champions League is the biggest trophy you can win in club football.

However, having missed out on the title by just one point last season, and without being able to celebrate their previous league triumph in front of their supporters in 2020, it seems Salah has prioritised Premier League success again this season.

Fresh from another Golden Boot, as well as the Playmaker award last season, Liverpool’s talisman also admitted he has personal goals in mind for this season, but wouldn’t reveal what they were.

“I never say before the season [my individual goals],” Salah continued.

“But the collective one is the Premier League and Champions League. It has to be. That was my target last season and I go again until I win both again.”

The Reds certainly need to improve if they’re to have aspirations of winning either, but it’s good to see that Mo is aiming high again this season!