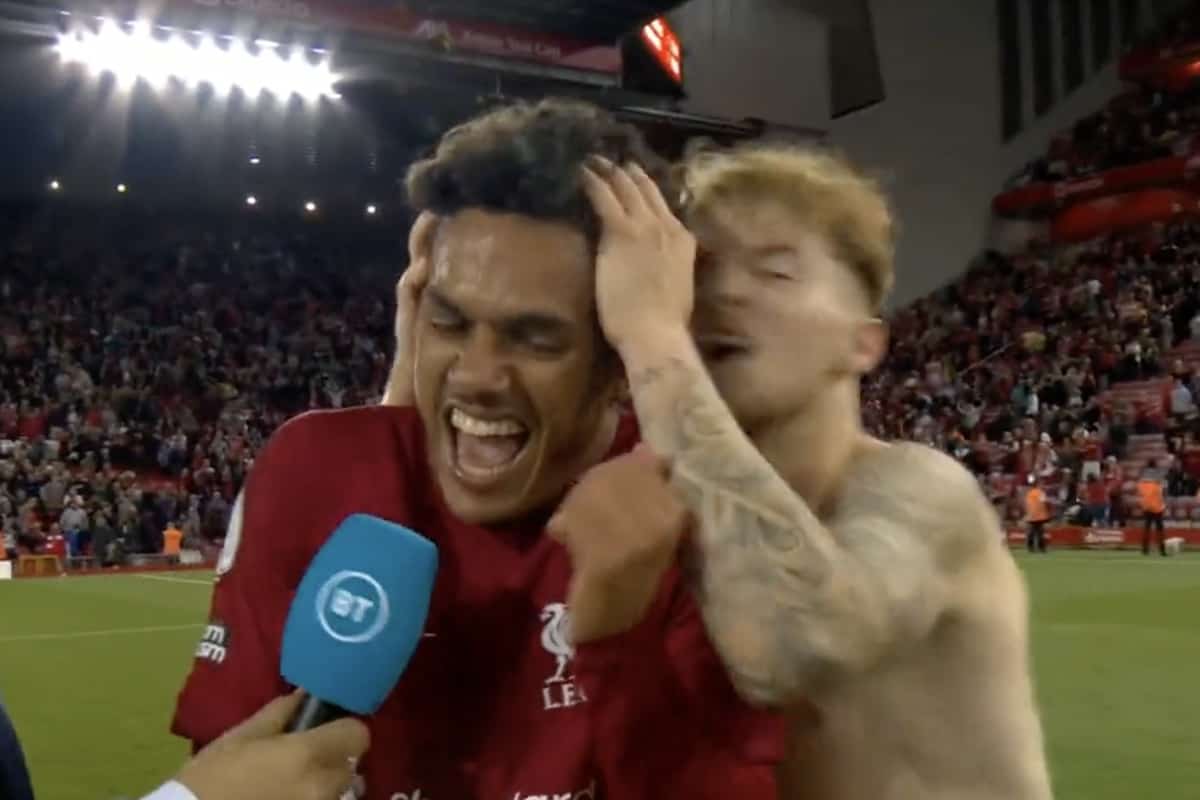 Fabio Carvalho‘s composure from close range with the last kick of the game secured all three points for Liverpool against Newcastle, and the youngster was quick to thank the fans after the win.

It’s been a few days to remember for Carvalho, with his maiden goal for Liverpool and 20th birthday followed by a last-gasp winner.

You could not wipe the smile from his face after helping Liverpool recover from another slow start in the Premier League, and the relief all around was palpable.

Jurgen Klopp let loose with his fist pumps and Carvalho was show plenty of love, including from his close mate Harvey Elliott as he talked to BT Sport after the match.

“I just there in there in the right area, happily it fell for me. Like look at this [points to Kop], what else do you expect with these fans?” Carvalho said.

“They just kept us going and it’s just amazing to be here.

"It's these fans that just kept us going!"


“To be fair, it’s within our DNA, we just keep going and we’ve shown that today with the fans, they’ve helped us so much.

“I’m going to say a big thank you to them because without them this wouldn’t be possible.

“We stuck to the game plan, kept going, kept pushing and finally got the goal. A well-deserved three points.

“That’s what they were doing today [time wasting], it was a bit frustrating at times but let’s not talk about them, let’s talk about us.

“Hopefully we can build on this, we definitely built on the result from the other day and many more to come, hopefully. We have to keep working.”

There is plenty for Liverpool to improve but picking up three points as they do so is key to ensure they can at least be within striking distance of their rivals.

“It’s a great moment, his second goal, only here for a few weeks. A fantastic boy,” Klopp said of his match-winner.