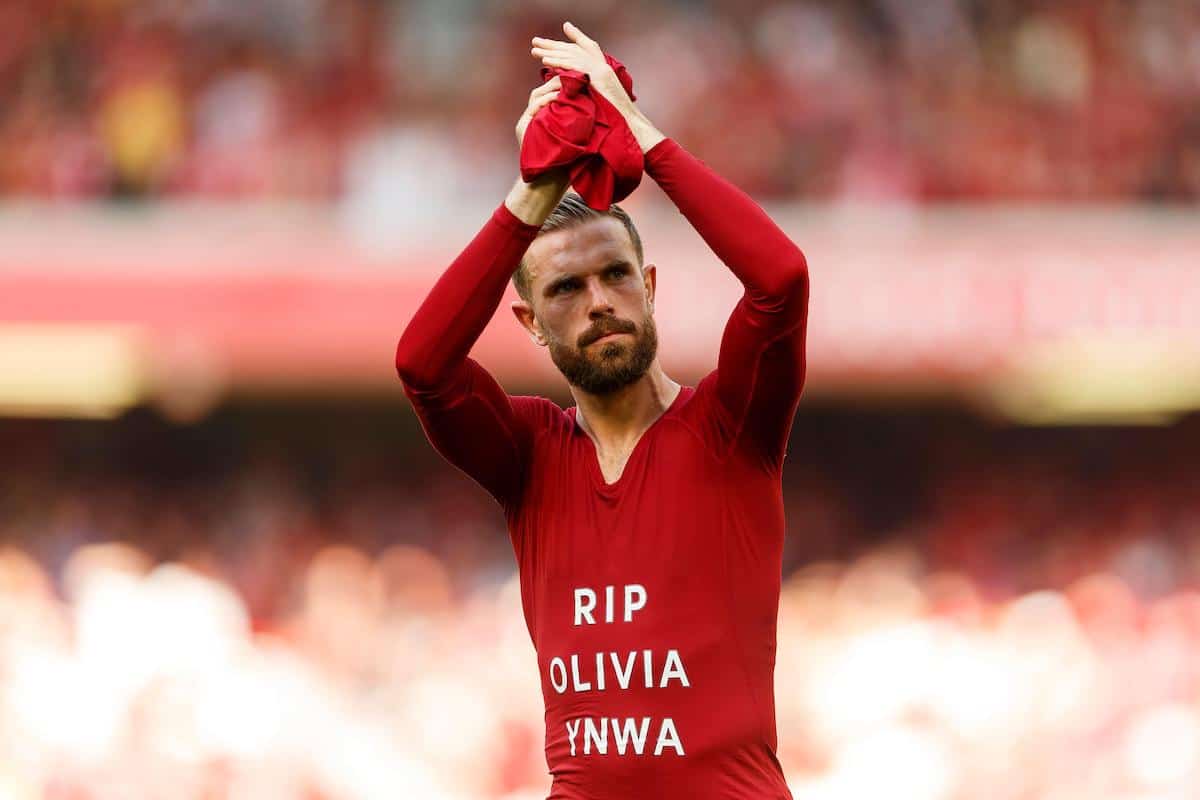 The nine-year-old girl was tragically murdered in Liverpool on Monday, with Jurgen Klopp among those urging the people of the city to “come together” to support her friends and family earlier this week.

Henderson was first seen wearing the shirt under his match jersey when he was substituted in the second half, before unveiling it for all to see when thanking the Anfield crowd for their support at full-time.

Fittingly, the Reds scored nine goals on the day, and after the match, the Liverpool skipper dedicated their 9-0 victory to Olivia, in a post across his social media channels.

That was for Olivia ?? #YNWA pic.twitter.com/dC52IRP8f8

It was the kind of classy tribute we’ve come to expect from the Liverpool captain, who represents the club with incredible dignity.

Kenny Dalglish was among those to praise Henderson for his tribute, calling him an “example to people all over the world.”

Never mind Henderson the footballer, this says everything about Jordan the man. Jordan – you set an example to people all over the world.

There were also some kind words from Labour MP John McDonnell, who was another to single out Henderson for his actions.

Jordan Henderson never fails to live up to his role as Liverpool captain with heartfelt sincerity and dignity. Thank you @JHenderson https://t.co/ZFcCAiQ07Y

Henderson’s team-mate Harvey Elliott had an emotional day himself, revealing in a tearful interview with LFCTV that his nan had recently passed away.

The 19-year-old was another to dedicate Liverpool’s nine goals to Olivia after the game, posting the words “9 for you Olivia, RIP” on his Instagram story.

Jurgen Klopp has assembled a team of outstanding people, not just outstanding footballers.