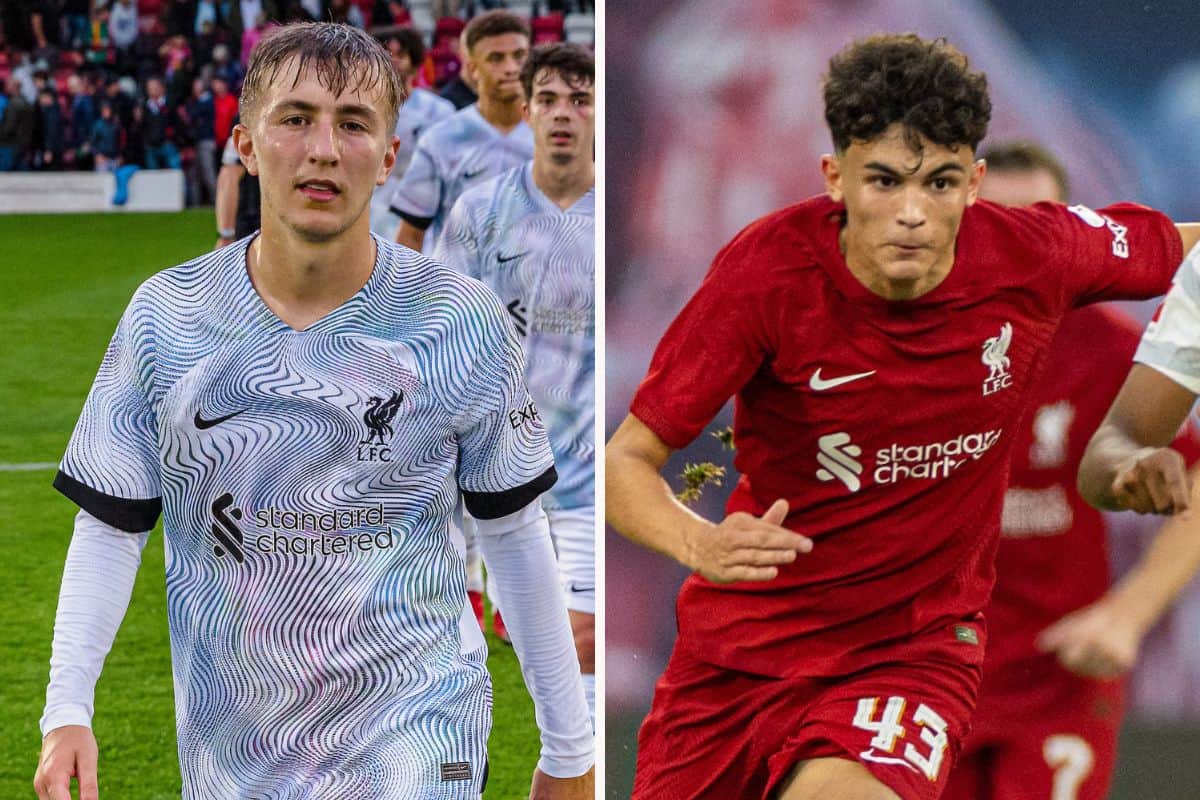 There were a number of changes to Lewtas’ starting lineup, with the back five and Jake Cain the only players to retain their places from the 1-1 draw against Brighton last week.

Among those to come into the team were Stefan Bajcetic and Bobby Clark, who featured on the bench for the first team against Crystal Palace on Monday. Last week’s goalscorer Layton Stewart was unavailable due to suspension, with the striker training with the first team instead on Saturday.

Liverpool had chances in the early stages, most notably Jarell Quansah, who was extremely unlucky to see his header bounce off both posts before the ball was scrambled away by the Blackburn defence.

Left-back Luke Chambers was influential throughout, with one of his excellent crosses falling to Oakley Cannonier midway through the half, but the striker was unable to convert.

There was good link-up play on show between Clark and Melkamu Frauendorf, who were on the same wavelength more than once to get in behind the Blackburn defence, only to be thwarted by goalkeeper Aidan Dowling.

The away side remained a threat throughout the half and Liverpool were almost made to pay for their missed opportunities when Sam Burns dispossessed Isaac Mabaya on the halfway line and broke free, with Harvey Davies on hand to deny the Rovers captain. 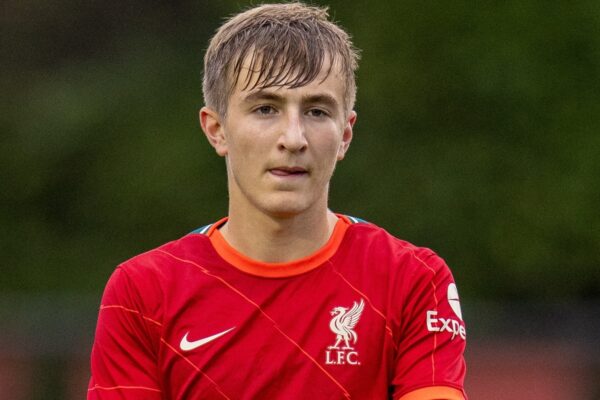 In the early stages of the second half, Liverpool were putting the Blackburn goal under pressure once more, with Dowling forced into a reactionary save from a corner, before Cain tested him with two free-kicks.

The goal eventually came courtesy of a calm finish by Woltman. The attack began thanks to Mabaya, who intercepted a pass in the opposition half and fed Jack Bearne further forward.

The substitute had his shot blocked, before the ball fell to James Norris, who teed up Woltman inside the box. The striker slotted into the bottom corner with his left foot for the winner and his first goal of the campaign.

Faced with a determined Liverpool back line and a strong headwind, Blackburn struggled to get out of their own half from then on and, despite the narrow advantage, the victory never looked in doubt.

The only negative for Lewtas was a potential injury to Cannonier, who limped off with 10 minutes remaining, but may have just been suffering with cramp.

Harvey Blair was his replacement and moments after coming on, the 18-year-old almost scored with his first touch, only to see his driven effort saved by the palm of Dowling, who did well to get down to his left.