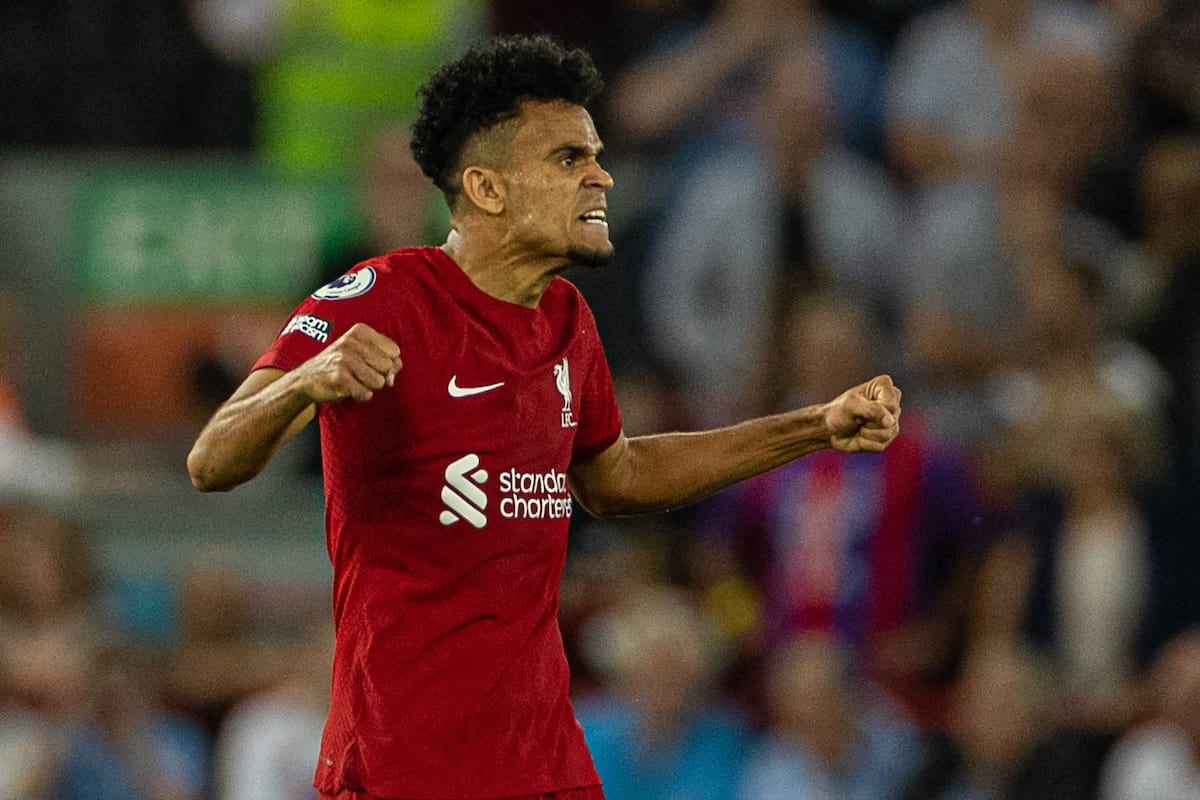 Darwin Nunez had a home debut to forget in Liverpool’s 1-1 draw with Crystal Palace, with only two Reds emerging from the performance with an above-average rating.

The Reds were held at home by the Eagles on Monday night, as two more early points were dropped in the Premier League.

Wilfried Zaha fired Palace in front with a precise finish, before Nunez was sent-off for a headbutt on his home debut.

Fortunately, Luis Diaz did at least manage to earn Liverpool a point with a wonderful solo strike, but Jurgen Klopp‘s men couldn’t find a winner.

So how did the media rate the Reds at Anfield?

Here we compare our player ratings with those of the Liverpool Echo, the Evening Standard, the i, WhoScored, FotMob and the This Is Anfield readers. 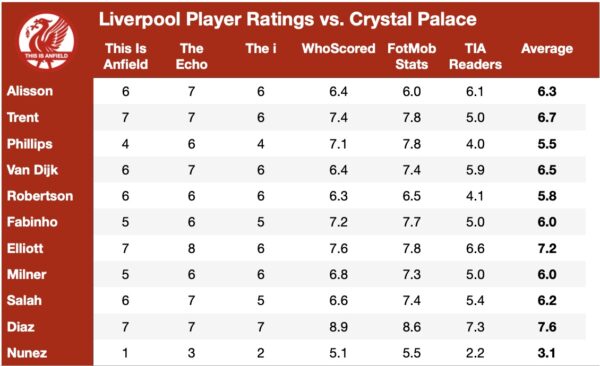 It was Diaz (7.6) who got the highest rating at Anfield, mainly because of his memorable goal.

The Colombian weaved past several Palace defenders before bending an inch-perfect finish into the Kop net, restoring some parity.

The Echo‘s Ian Doyle felt Diaz “came to life” after Nunez’s red card, almost as if he felt the need to drag his team out of the mire.

In second place was Harvey Elliott (7.2), who showed the other midfielders a thing or two about producing guile in the final third.

Michael Hincks of the i felt the 19-year-old enjoyed a “bright start with some sharp passing,” being at the centre of most of Liverpool’s good play.

Meanwhile, FotMob pointed out that Elliott had a 90 percent pass completion rate, as well as winning four out of five tackles. 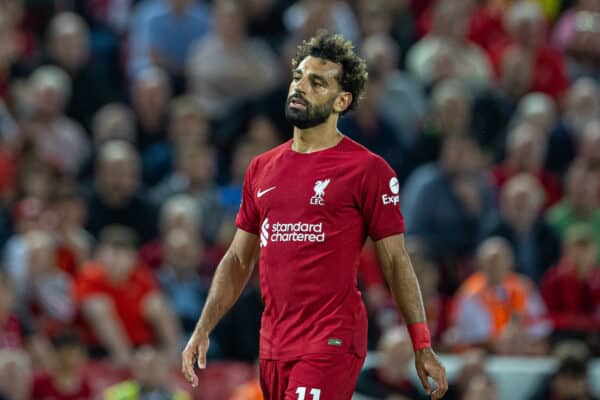 Trent Alexander-Arnold (6.7) was up next after showcasing some of his passing magic at Anfield, often in a midfield role.

TIA’s Henry Jackson pointed out one “sublime dinked ball” that Mohamed Salah failed to make the most of, as he returned to form after a bad outing at Fulham.

As for the worst player, it wasn’t even close, as Nunez (3.1) let his side down with a braindead headbutt on Joachim Andersen.

Doyle described the actions of Liverpool’s big-money summer signing as “stupid,” while Hincks said he was “schooled” by Andersen.

Up next for Liverpool is next Monday’s crucial trip to Man United and there is a centre-forward issue to solve should Roberto Firmino not be fit for the occasion, with Klopp only revealing he “might be ready.”