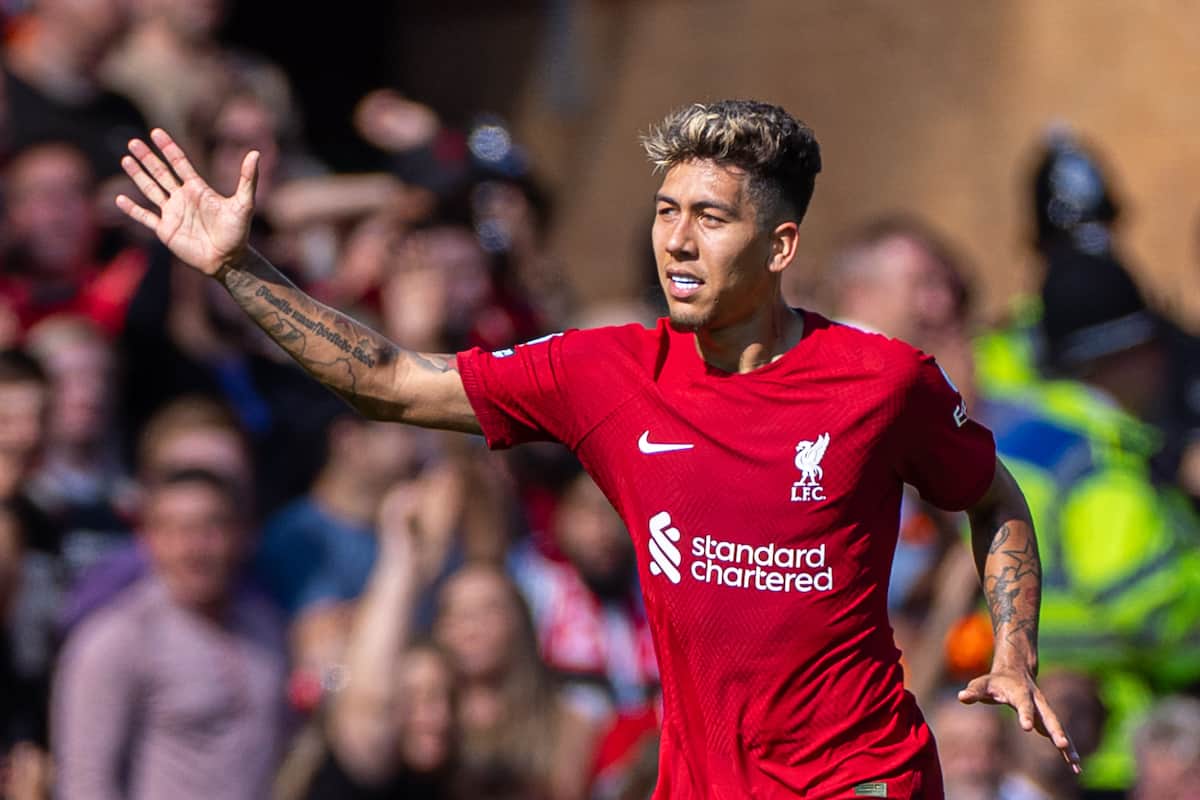 Roberto Firmino‘s form has been under the microscope for some time but his showing at Bournemouth showed exactly what he still has to offer for Liverpool in a clinical display.

The Brazilian’s future has been much discussed having entered the final year of his deal, with his form and recent injury history only murking the waters further.

But against Bournemouth, Firmino made his mark with just three minutes on the clock, setting up Luis Diaz before then teeing up both Harvey Elliott and Trent Alexander-Arnold for a hat-trick of assists.

His name was soon on the scoresheet for the first time at Anfield in the Premier League since December 2020, a long overdue goal for the No. 9, which he then added to after the break.

With two goals and three assists in a 9-0 win (NINE!), Firmino’s performance is what Reds have longed for and his efforts were rightly lauded.

There were quite a few asking whether Roberto Firmino still has something to offer Liverpool after defeat at Old Trafford. Just the three assists and a goal for him so far with 31 minutes gone today.

Roberto Firmino is the first Liverpool player to get a hat-trick of assists in the first half of any match in all competitions in the Premier League era (since 1992-93). #LFC #LIVBOU

I love Bobby Firmino. I’m so glad he’s back to his best today.

Bobby Firmino. My favorite player at Liverpool for some time now. He gets so much crap and blame. If you watch the game closely, you will see how much and what he brings to Liverpool. One of a kind. pic.twitter.com/9l09PIK9Lt

Me in Anfield watching this Bobby Firmino performance … pic.twitter.com/tmyNAllemb

Bobby Firmino is back pic.twitter.com/o07Un1SoQ0

When Bobby Firmino shows up it’s game over for any opposition pic.twitter.com/7wPUAKtTdW

When Bobby firmino scores this world becomes a beautiful place.

The 30-year-old has needed a performance like that for some time and it came when Liverpool’s backs were against the walls after a turbulent start to the season.

Firmino has plenty to offer Liverpool yet and the hope is competition from Darwin Nunez and Diogo Jota, upon their return, will only take his game up another notch.