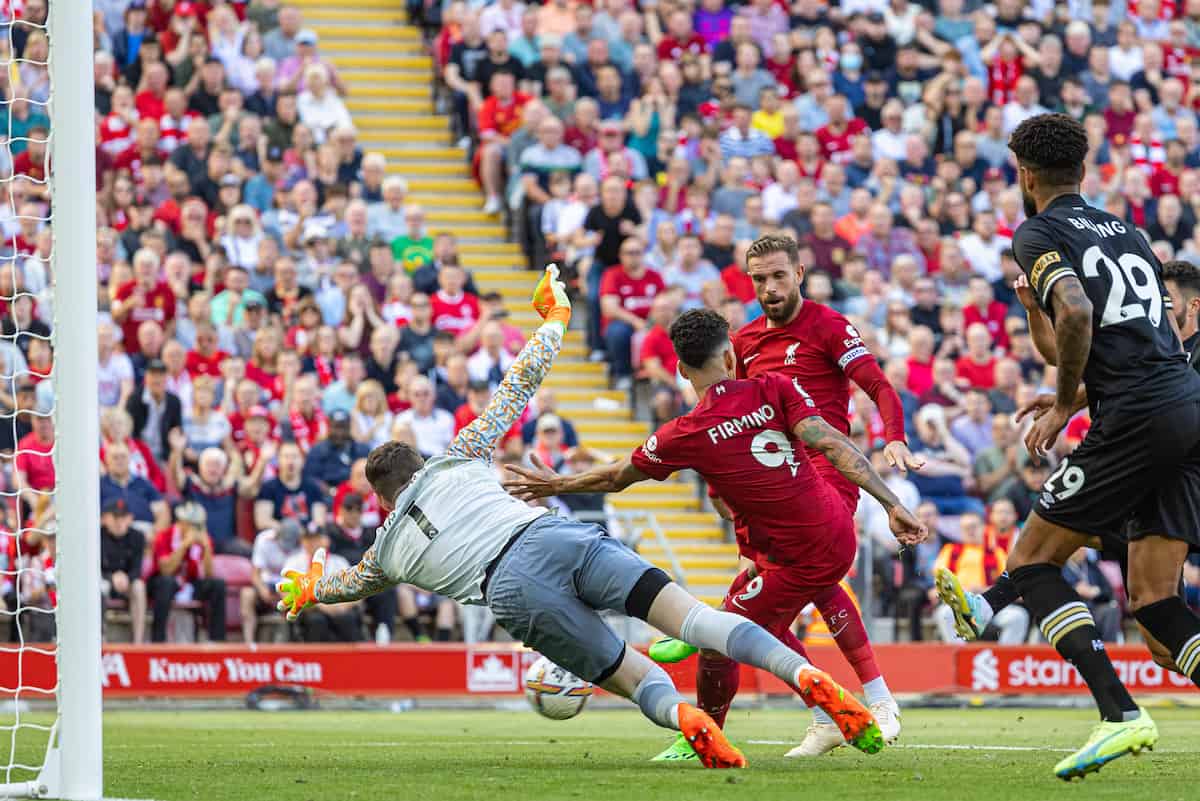 Liverpool recorded their biggest ever Premier League win in their 9-0 victory over Bournemouth on Saturday, and you can rewatch all nine of them here.

The Reds secured their first victory of the season in emphatic fashion, bouncing back from an underwhelming first three league games of the campaign in style.

It was Diaz and Harvey Elliott who put the Reds 2-0 up within six minutes, with the latter’s visibly emotional celebration coming after his nan passed away earlier this week.

The pick of the goals came from Trent Alexander-Arnold, who thumped a long-range effort past Bournemouth goalkeeper Mark Travers to make it three.

Roberto Firmino was the Man of the Match, answering his recent critics in style with two goals and three assists on an afternoon the Brazilian will remember for some time. It was he who made it four, before Virgil van Dijk headed home to give the Reds a 5-0 half-time lead.

An own goal from Bournemouth defender Chris Mepham made it six early in the second half, before Firmino scored his 100th goal for the Reds for the seventh.

The eight came when new signing Fabio Carvalho came off the bench to volley home his first goal for the Reds, before Diaz headed home his second and Liverpool’s ninth to equal the record for the biggest win in Premier League history. 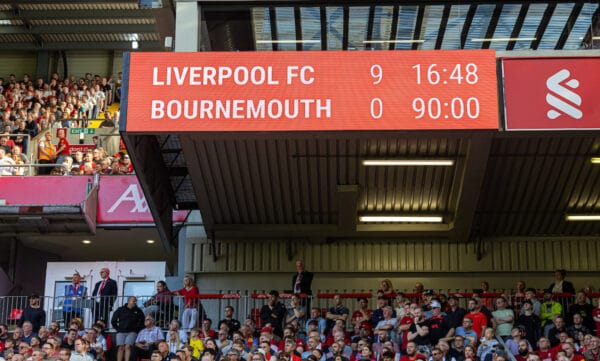 It’s a victory that means the Reds are now the joint-highest goalscorers in the league this season, despite failing to win any of their first three matches.

So which goal was your favourite on the day and who impressed you the most on a memorable afternoon at Anfield?

The Reds will be hoping for another three points to further hike them up the Premier League table when they host Newcastle on Wednesday.