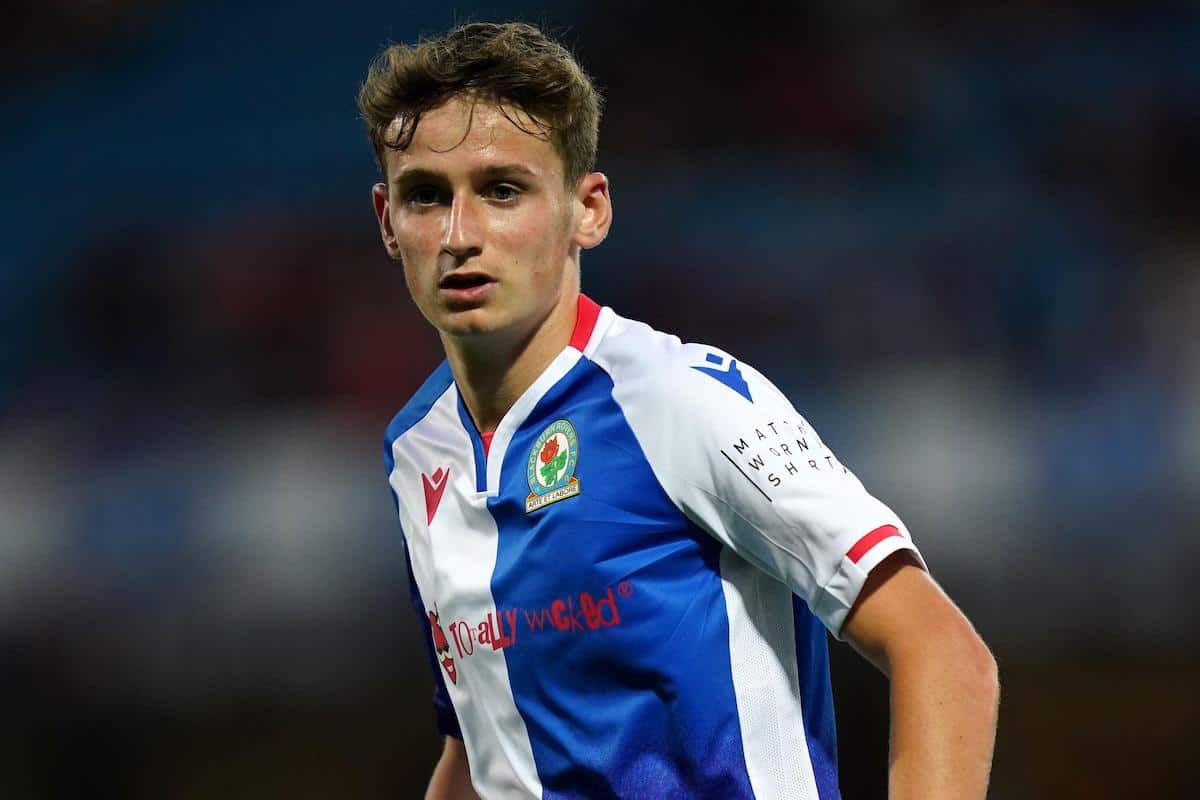 Tyler Morton shines in surprise new role: “He was boss”

Liverpool midfielder Tyler Morton has been heavily involved since joining Blackburn on a season-long loan earlier this summer, and his latest match saw him deployed in a surprise new role.

Morton left for Blackburn after featuring in Liverpool’s final pre-season friendly against Strasbourg last month, with Jurgen Klopp keen for him to get more senior football under his belt.

Harvey Elliott enjoyed a successful spell at Ewood Park in the 2019/20 season, while Leighton Clarkson was another to join the Championship outfit on a temporary basis last season.

Midfielder Morton, who made six starts for Liverpool last season, looks to have settled in nicely to life with his new club, having mainly been used as part of a two-man midfield.

However, in Blackburn’s League Cup clash against Bradford City on Tuesday, manager Jon Dahl Tomasson made the decision to use Morton as a centre-back. 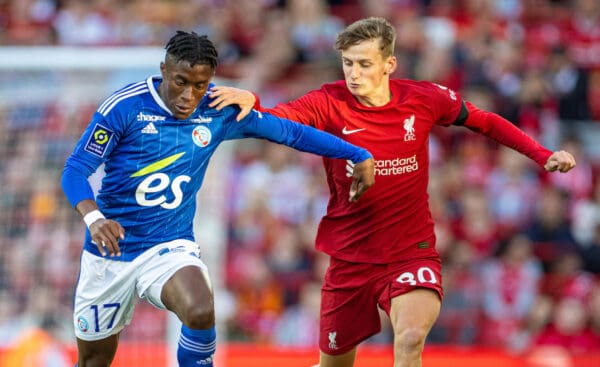 It’s not a position the 19-year-old will be familiar with, having played the vast majority of his Liverpool academy career in midfield, but based on his performance, it may not be the last time he’s used in that position!

Morton played all 90 minutes as Blackburn ran out as 2-1 winners, with Blackburn’s official Twitter account describing his performance as “boss.”

Tomasson says a shortage of centre-backs forced him into using Morton at the heart of his defence, but the very fact he trusted the youngster to perform in a completely new position shows how highly he rates him.

“I didn’t have any choice,” Tomasson told reporters of his decision to use Morton at centre-back.

…he was boss ?#LiverpoolFC | #Rovers ??? pic.twitter.com/EZG6xC1XrK

“I told him yesterday and he was up for the challenges, good players can play anywhere.

“Cruyff always said put the best 11 players on the pitch and it doesn’t matter where they play.”

One of the reasons Blackburn are short at centre-back is because they are yet to tie up the loan signature of Liverpool defender Sepp van den Berg.

The Dutchman looked set to follow Morton to Ewood Park earlier this month, only for Liverpool’s defensive injury problems to hold up the move.

Having been used in the No. 6 role in most of his outings for the first team last season, Klopp made clear earlier this summer that he sees the more advanced No. 8 role as Morton’s best position for the future.

At 19 years of age, Morton is still growing, and will know he needs to develop physically in the coming years.

The fact he more than held his own playing as a centre-back against a physical League Two team is all the more impressive.

Morton wasn’t the only Liverpool loanee to impress in League Cup action, with three others facing Premier League opposition, and one of them scoring!