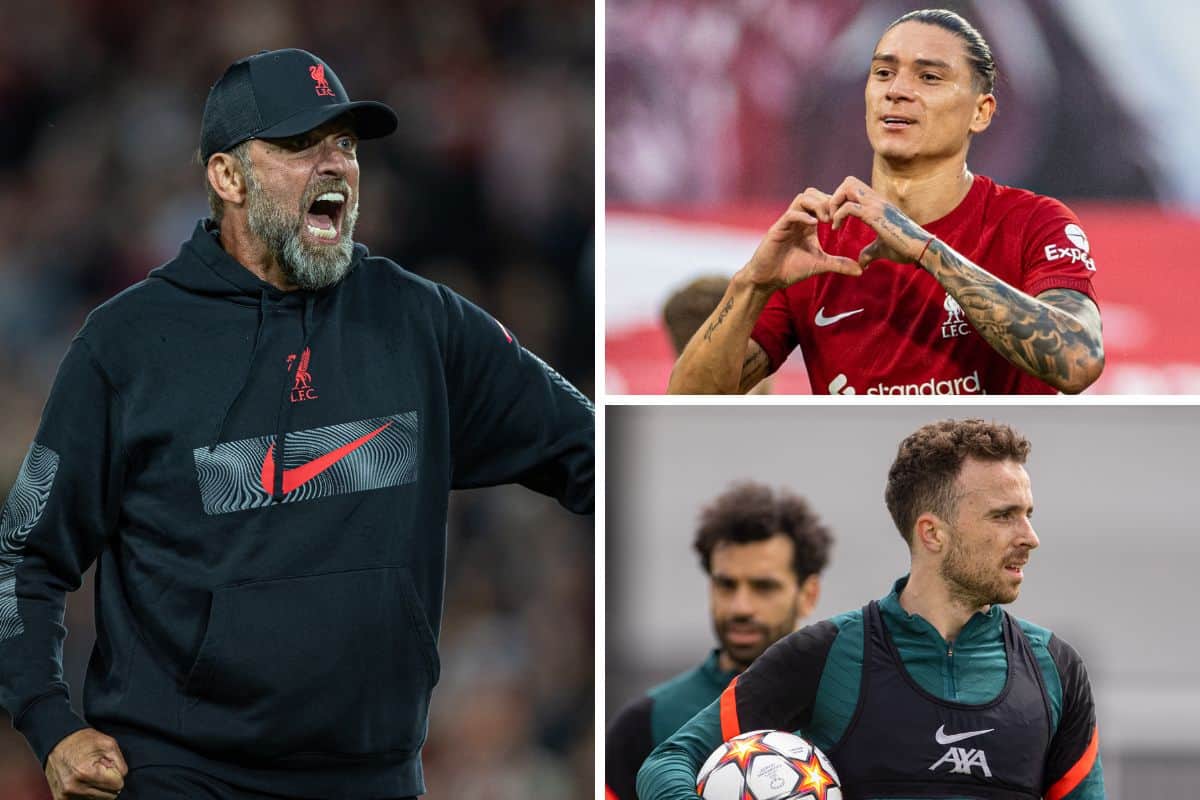 “5 attackers – it’s like Christmas!” – Klopp delighted to have Nunez AND Jota back vs. Everton

Jurgen Klopp has expressed his delight at potentially being able to call upon both Darwin Nunez and Diogo Jota in Saturday’s Merseyside derby, in what would be the first time the Reds have had five attackers available this season.

Nunez returns from a three-game suspension after being sent off on his Anfield bow against Crystal Palace last month.

And Klopp also had news of another forward that could make a comeback at Goodison Park, with Jota now back in full training.

The Reds’ boss believes he and his coaching staff have used Nunez’s time out to their advantage, working closely with the striker in training over the last couple of weeks.

He remained coy on whether the Uruguayan will go straight into his starting lineup against Everton, but says he will be more than ready when called upon. 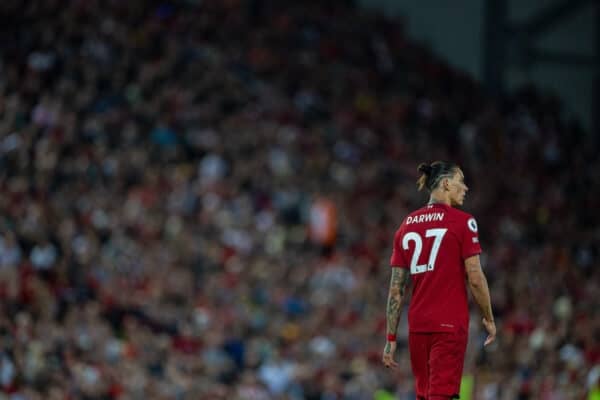 “When we knew it was three games, then we thought ‘oh, the first game he can play again is the derby,'” Klopp laughed.

“So if he wouldn’t have had the red card three games ago then it would probably have happened, but now he’s learned the lesson.

“He’s in really good shape. If you look how we came through this now, winning the last two games, we don’t see it as a bad thing, the time he was out, because we used it with him. We tried to give him some extra input physically as well as tactically.

“He looks really settled now, even more than before. He’s had a really good last week. What we will make of it, you have to wait until tomorrow.”

The Liverpool boss then revealed that Diogo Jota is in contention to make the squad for the clash with Frank Lampard’s side, having returned to training earlier this week.

It was unclear whether the Portuguese forward would need time to get up to speed, after a lengthy absence that began when he picked up a hamstring injury on international duty earlier this summer.

However, Klopp seems happy enough to reintroduce Jota to match action straight away, and is excited about the prospect of having five forwards to choose from.

“Diogo will probably be in [the squad] as well,” the Liverpool boss revealed.

It’s been a while since the Reds had options in attack and our subs bench should start to look good now, giving Klopp a lot more options in-game.