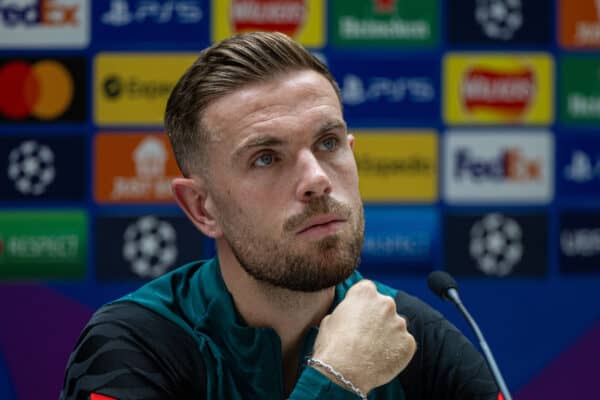 Jordan Henderson felt the position of former Health Secretary Matt Hancock over footballers and their pay during the pandemic was a “cheap shot,” a deflection from the “pressure he was under.”

When the pandemic caused the UK, and the world, to come to a standstill and with the emergency services under extraordinary pressure, there was plenty of finger-pointing.

Despite digging every hole themselves, the Conservatives did plenty of just that, and former Health Secretary Hancock took part in his fair share of deflection.

That extended to Premier League footballers, who he called on to take a pay cut to play “their part in this national effort,” despite never intending to do so himself.

Unbeknownst to Hancock, though, Henderson was leading the charge on the Players Together initiative which raised millions to support NHS staff throughout the pandemic.

.@JHenderson says Matt Hancock's comment about footballers taking a pay cut during the pandemic was a "cheap shot"

He adds that many players were already in the process of trying to help and he was happy that the money raised went to "good causes"@BethRigby pic.twitter.com/UtiU78Xc4h

It is one of numerous initiatives Henderson has supported, and when speaking to Sky News at a programme he sponsors to get kids into football, he was asked if Hancock’s words were a cheap shot.

“Yes, it was a cheap shot,” Henderson said.

“I don’t know why, what the reason was, whether it was to deflect away from the pressure that he was under, but, again, for us, we were already in the process of doing stuff.

“We felt a responsibility as a group of players across the league, that we were in a privileged position, we can really help, and we all got together, all the captains.

“We raised a lot of money. We didn’t put the figures out there.

“We thought it would never be enough, really, and we didn’t want people to know what it was because no matter how much we raised, it was not so much about that, it was about people coming together to support people who needed it at the time.”