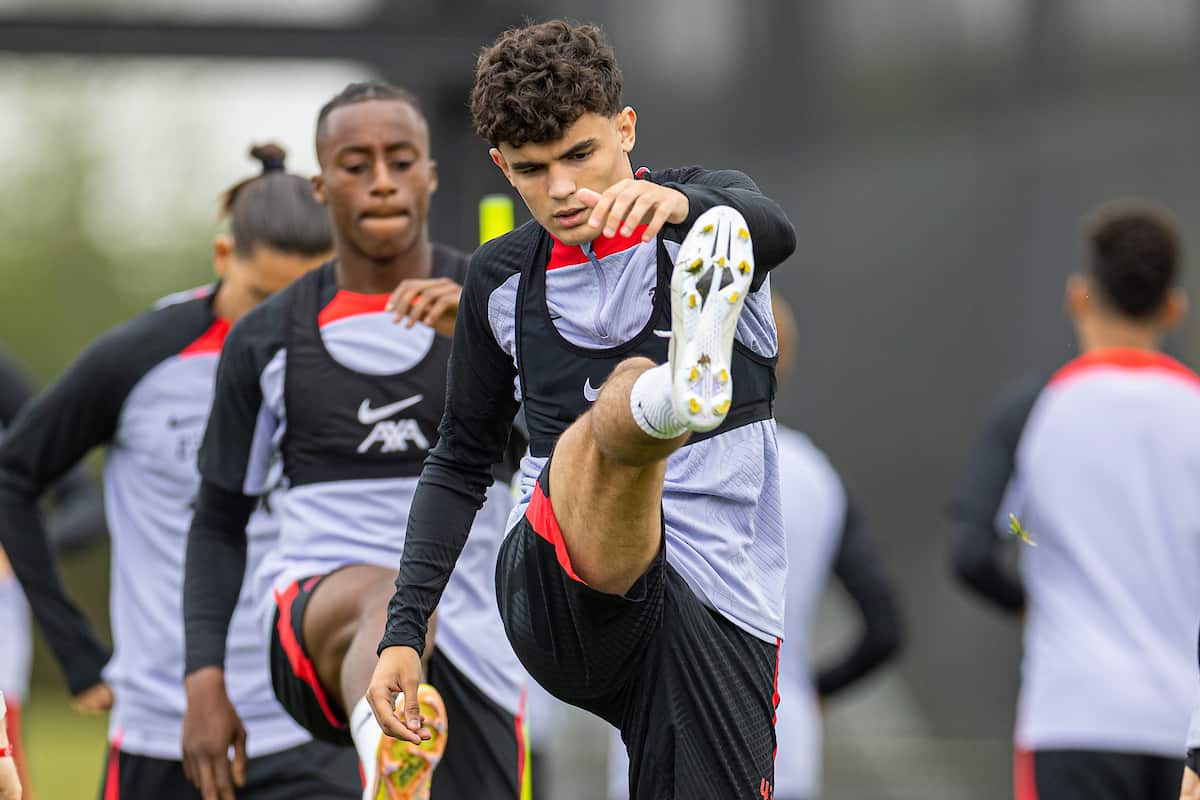 Stefan Bajcetic has made a surprise step into the Liverpool first team on a long-term basis this season, with the youngster “well ahead” in his development.

There have been high hopes for Bajcetic ever since he swapped Celta Vigo for Liverpool on the eve of Brexit in 2021, before new transfer rules came in.

Clubs from the UK are no longer permitted to sign overseas players under the age of 18, but the Reds were savvy in agreeing a £224,000 deal hours before changes became active.

After a season-and-a-half in the academy, Bajcetic has joined the first-team squad this term, with an impressive pre-season and injuries to Jurgen Klopp‘s midfield ranks seeing him become a regular fixture.

The 17-year-old has made the matchday squad on seven occasions, including his competitive debut in the 9-0 victory over Bournemouth, while the club also saw fit to register him for the Champions League.

Both Klopp and assistant manager Pepijn Lijnders have been effusive in their praise of Bajcetic, and according to the Liverpool Echo‘s Paul Gorst, those within the club see him as being “well ahead of his long-term schedule.”

Staff are said to be “delighted with the progress made by Bajcetic both over the summer and as a whole since he joined the club,” with his “growth and development” highlighted.

However, there is still a “reluctance to overly expose him so early into his career.” 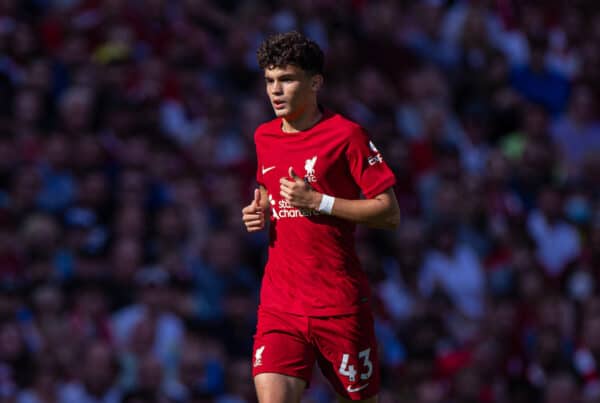 Bajcetic is still eligible for both the under-18s and under-21s – though there is little chance of him featuring for Marc Bridge-Wilkinson’s younger age group – and he is part of the 40-man under-19s squad for the UEFA Youth League.

He has already turned out for the U21s in a 3-0 defeat to Man City and a 1-0 win over Blackburn, but his commitments at first-team level have restricted his outings.

“I see him every day because he is still training with us and he’s still with us,” U21s coach Barry Lewtas explained.

“So obviously he goes down there and plays with the [the senior team] and we’ve got Stefan and Bobby Clark who do that as well.

“We can add them both to our mix as well if we need, so in terms of Stefan, we have a really good system in place that we don’t lose contact with the boys.”

Lewtas added: “He is getting the best of both worlds at the minute.”