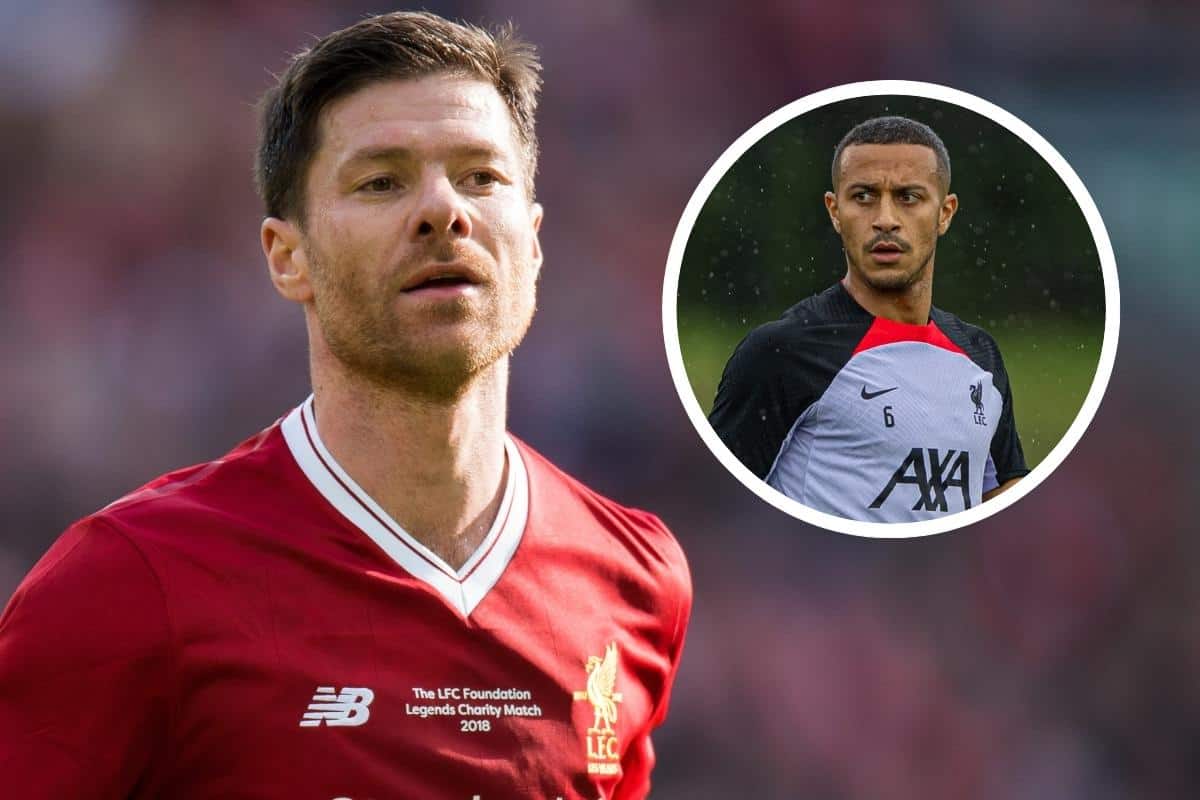 A former team-mate of Thiago‘s with both Bayern Munich and Spain, Xabi Alonso has revealed the advice he gave his compatriot before deciding to join Liverpool.

Two of the most technically gifted players to ever represent Liverpool, Alonso and Thiago built up a relationship on the pitch that lasted, on and off, for six years.

With three appearances together with Spain and another 67 at Bayern Munich, the pair formed a strong bond both on and off the pitch.

So when Thiago was on the radar of Liverpool in the summer of 2020, it made sense that he would contact Alonso and discuss the prospect of a move from Bavaria to Merseyside.

Alonso, speaking ahead of his appearance for the Liverpool legends against Man United in this month’s charity friendly, has now revealed what he told the No. 6.

“We talked a lot that summer because he was thinking about the option,” he told the club’s official website.

“I said, ‘Thiago, you love football, you’re in a great club, you’re in Bayern and you’ve achieved great things, but Liverpool is pure football and you’re going to enjoy it as much as you have done’.

“‘If you feel it’s the right moment for a new chapter, you won’t get better places than Liverpool’.” 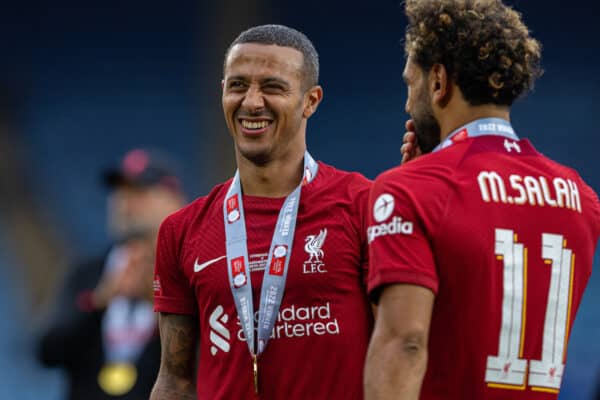 It is a statement that shows both why Thiago was so convinced to join Jurgen Klopp‘s side two years ago, but also the affinity with the club and the city that Alonso forged during his time at Anfield.

There is a chance, of course, that those within the club privately discussed Thiago‘s ability with Alonso ahead of the £25 million deal, with the 40-year-old enamoured with his fellow midfielder.

“You could see that he’s a different player,” he recalled of his time on the pitch with Thiago.

“He’s a different talent because he’s competitive but at the same time he has those magic Brazilian actions that are not that European.

“He’s competitive but he can do different things.