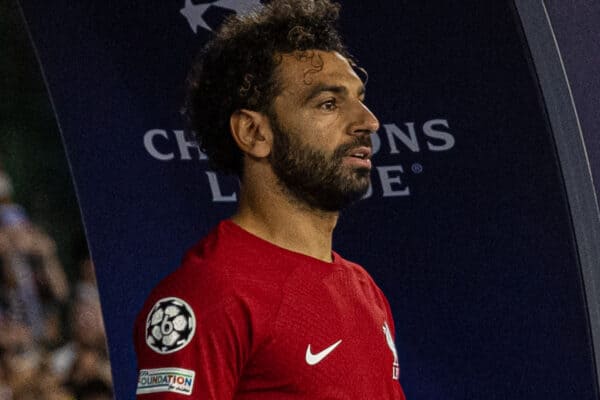 After Salah, the next highest-ranked player from Anfield was Fabinho, who was named in equal 14th position.

Trent Alexander-Arnold was rated the 22nd best player in the world… but according to Gareth Southgate he’s not even in England’s best 22 players.

New boy Darwin Nunez was in 25th position after his breakout year with Benfica and record move to Merseyside.

Meanwhile, Mane was also awarded the new Socrates Award in recognition of his charity work in his native Senegal.

Speaking earlier this year, Salah told France Football: “I want to be recognised as the best player in the world. And the Ballon d’Or is at the forefront of my goals.

“I want to win it to join George Weah, the only African. It’s true that I was shocked by my ranking in 2021 (seventh).

“For this year, the defeat against Real Madrid is a disadvantage, even if I played a good game in the final.

“But it doesn’t cancel out everything I’ve achieved for months. Let’s wait for the vote. And if I’m not Ballon d’Or in 2022, I’ll do everything I can to be the next one.”