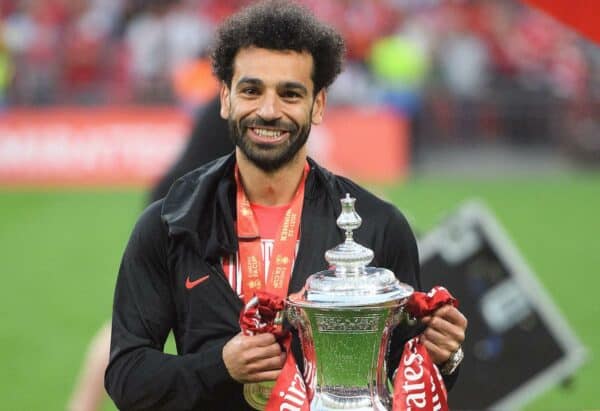 Mohamed Salah enjoyed yet another prolific season for Liverpool and continued to see records tumble seemingly at every turn, but will he be in the Ballon d’Or discussion?

Liverpool’s No. 11 played like a man possessed at the start of the 2021/22 season and ended the campaign with an astonishing 31 goals and 16 assists.

But his on-field prowess has been coupled with the off-field distractions of his contract status, which Salah himself has fueled at times with statements such as: “the fans know what I want” and “not everything [is] about the money at all.”

Recent reports suggest the last statement is not entirely the case, with his status as the world’s best no doubt desired to be reflected in any contract offer.

But when it comes to the Ballon d’Or, how will his status in the game be judged?

There are rivals in abundance, Real Madrid’s Karim Benzema for one and Sadio Mane surely to be another, but Salah’s desire to lift the gong is clear, whether it be this year or the next.

“I want to be recognised as the best player in the world. And the Ballon d’Or is at the forefront of my goals,” Salah said in an interview with France Football.

“I want to win it to join George Weah, the only African. It’s true that I was shocked by my ranking in 2021 (seventh).

“For this year, the defeat against Real Madrid is a disadvantage, even if I played a good game in the final.

“But it doesn’t cancel out everything I’ve achieved for months. Let’s wait for the vote. And if I’m not Ballon d’Or in 2022, I’ll do everything I can to be the next one.”

Salah’s fire is not one that needs much stoking, with the dedication to his craft second to none and it’s what drives his constant development from one season to the next.

“Last summer, on holiday in Greece, lying in front of the sea, I was asking myself how to be a better footballer, which is getting harder and harder because I always have two or three defenders behind me,” Salah said.

“I have to invent new ways to open up the game in front of me, to find other spaces. This reflection has paid off, my statistics have improved.

“My [opposing] defender has to say to himself: ‘Damn, him again!’. My goal is that he doesn’t have time to catch his breath. He has to feel in danger every moment of the ninety minutes.”