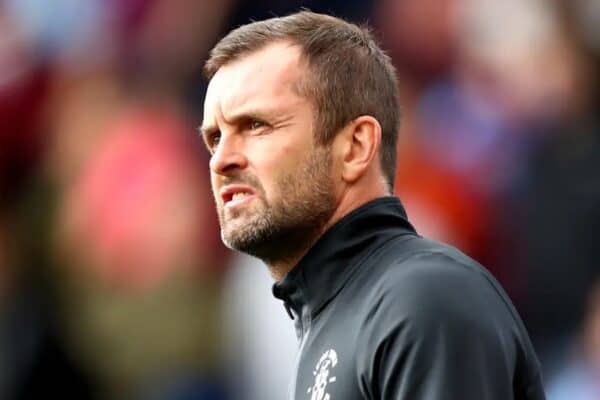 While Liverpool will look to avoid it, Southampton will be hoping for a new manager bounce when they arrive at Anfield on Saturday after confirming the appointment of Nathan Jones.

The Saints currently sit inside the bottom three in the Premier League after a run of five defeats and two draws in their last eight matches.

He became the fifth top-flight manager in England to be sacked this season, following on from Scott Parker, Thomas Tuchel, Bruno Lage and Steven Gerrard.

And it did not take long for his replacement to be announced, with Luton’s Jones now taking the helm.

Jones left Luton in ninth place in the Championship, during his second spell in charge of the Hatters.

Southampton is his first foray in the Premier League after time in League Two, League One and the Championship with stints at Stoke, Luton and briefly as caretaker manager at Brighton back in 2014.

His first task is no easy feat but Jones will, no doubt, take encouragement from Roberto De Zerbi earning a draw at Anfield in his first match with Brighton earlier this season.

It is Liverpool’s job to make sure a similar script is avoided in what is the final game before the World Cup break.

Jurgen Klopp and his team will have a job on their hands to analyse Jones’ basic philosophy, which is physical and fast-paced, but he’s not afraid of keeping things tight and that may be the case on Saturday.

In the seven games against Hasenhuttl’s Southampton, dating back to 2019, Klopp’s side were the victors on six occasions.