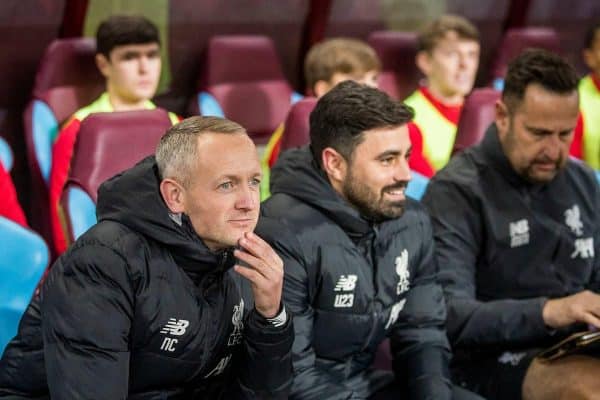 It has been a deliberate approach from Liverpool in recent years, as they nurture another generation of young coaches, to promote from within.

Alex Inglethorpe moved up from under-21s manager to academy director in 2014, with his position filled by Michael Beale, before under-18s coach Neil Critchley stepped up to take over in 2017.

Beale and Critchley have since departed Liverpool – as did former U18s manager Steven Gerrard – to take up senior positions elsewhere.

That has, interestingly, led both to QPR, with Critchley now confirmed as taking over the vacant manager’s position at Loftus Road following Beale’s decision to leave for Rangers.

Critchley steps into the dugout at QPR after a spell in charge of Blackpool and then as assistant to Gerrard at Aston Villa.

It comes a month-and-a-half after Critchley was relieved of his duties at Villa along with Gerrard, and marks his biggest role yet as a senior manager.

The 44-year-old, who previously worked in the coaching setup at Crewe, holding the joint role of academy director prior to his move to Liverpool in 2013, arrives with QPR ninth in the Championship and only three points off fifth.

During his time with the Reds, he twice filled in for Jurgen Klopp for senior fixtures, leading youthful sides into clashes with Villa in the Carabao Cup and Shrewsbury in the FA Cup.

Critchley, who has signed a three-and-a-half-year deal with the Rs, said: “I am very excited and can’t wait to get started.

“It is a huge honour for me and I would like to thank the owners, Les Ferdinand and Lee Hoos for entrusting me to lead the club.

“There have been some good foundations laid here and now it is my job to work as hard as I can to build on that.

“We want to move the club forward and ensure we are competing at the top end of the Championship table.”