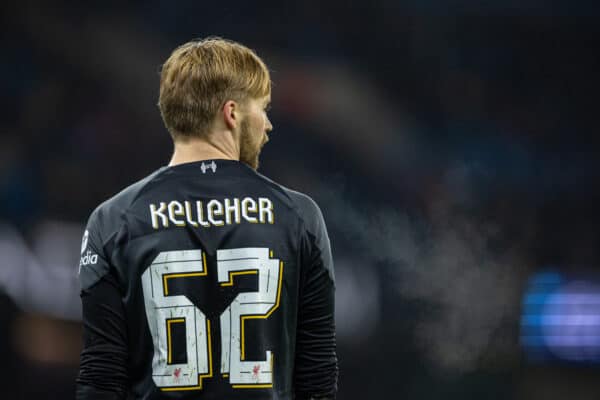 Jurgen Klopp has made eight changes from the Liverpool team that were beaten 3-0 by Brighton on Saturday, with Caoimhin Kelleher among those coming into the lineup to face Wolves.

Speaking to reporters on Monday, the Reds boss confirmed he would introduce fresh legs for his side’s FA Cup third round replay at Molineux.

And the confirmed lineup to face Julen Lopetegui’s team shows Klopp has made eight changes in total.

Kelleher starts in goal, despite Klopp’s claim earlier this month that Alisson was his FA Cup goalkeeper.

James Milner starts and captains the side at right-back, while Joe Gomez comes into the side, partnering Ibrahima Konate at the heart of the defence, with Kostas Tsimikas at left-back.

Stefan Bajcetic anchors the midfield, with Thiago and Keita making up the midfield three.

In attack, Harvey Elliott and Cody Gakpo are joined by Fabio Carvalho, who makes his first appearance since scoring in the Carabao Cup defeat to Man City in December.

Alisson is among those on the bench, alongside the likes of Curtis Jones and Ben Doak.