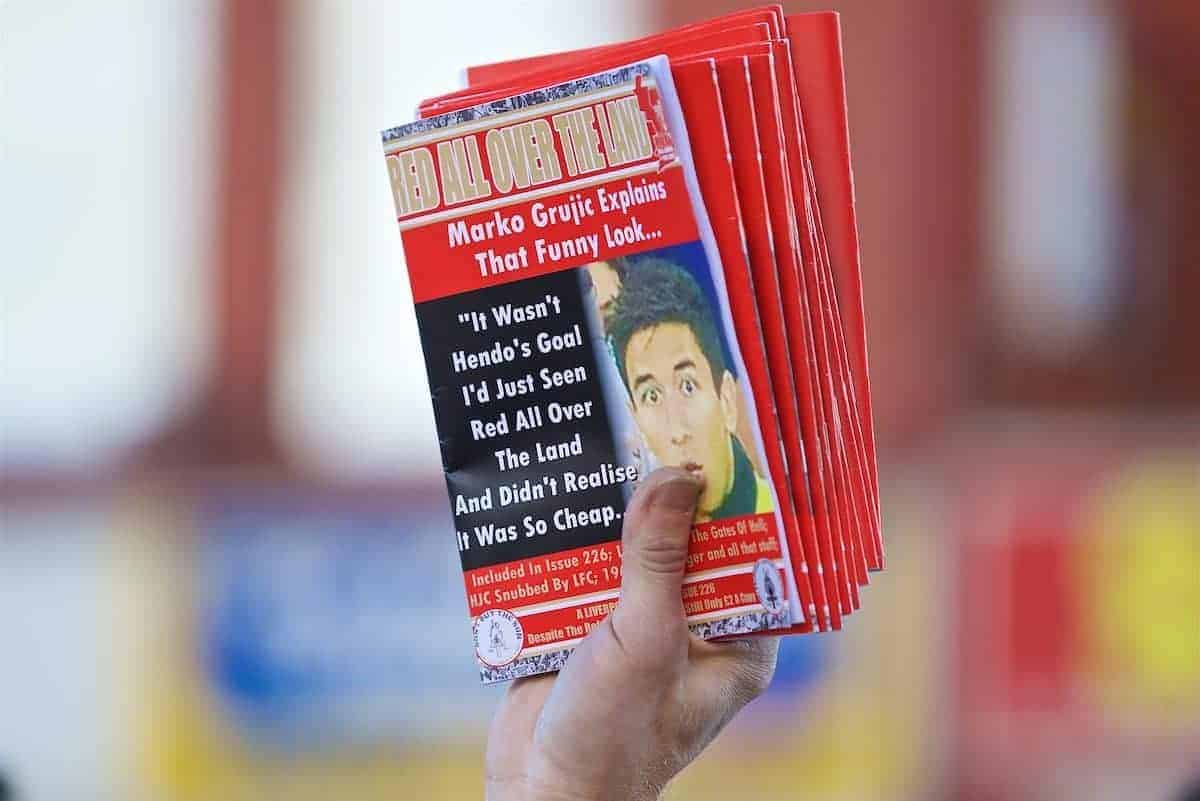 There is just one remaining print fanzine relating to the fortunes of Liverpool FC — Red All Over The Land (RAOTL).

Red All Over The Land

Through The Wind And Rain
Editor: Steve Kelly
TTWAR sadly ceased to exist as a publication in 2008.