We continue our look at the frontrunners for the LFC manager’s job. Here we profile current Swansea boss Brendan Rodgers, who, despite earlier ruling himself out of the job, remains a favourite to takeover at Anfield. Some speculations suggest Rodgers is indeed FSG’s top target.

To read our profile of Roberto Martinez, click here.

To read our profile of Andre Villas-Boas, click here. 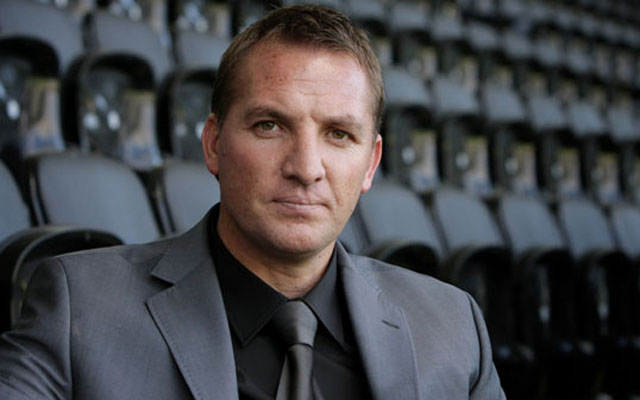 Amidst FSG meeting Roberto Martinez, the rumour mill is abuzz that it is in fact Brendan Rodgers who is on top of the FSG wish list and apparently the FSG are ready to persuade Rodgers into reconsidering his decision. Amidst speculation that Rodgers is being considered for the job of manager at Roma too, we take a look at what exactly makes this man such a hot prospect.

Brendan Rodgers’ playing career never took off and he retired from professional football at the age of 20. However, he took up coaching at Reading’s youth academy in 1995. He then travelled far and wide to clubs like Barcelona, Sevilla, Valencia, Ajax and Twente to learn the tricks of the trade.

He was approached by Jose Mourinho, in 2004 to take over Chelsea’s U18 team. He quickly rose to become the manager of the Chelsea reserve team in 2006. His big break came when he was offered the managerial post at Watford in 2008. Impressed by his job at Watford, Reading came calling. He changed clubs in 2009 and joined Reading. His stint at Reading was unsuccessful and he left by mutual consent in December 2009.

Six months later, he was offered the managerial position at Swansea. After leading them to a playoff spot in his first season in charge, he succeeded in gaining promotion into the Premier League. He led Swansea to a very impressive eleventh place finish in his debut season in the top flight, playing attractive, possession-based football.

Now to the interesting part. Ever since Kenny took over the reins eighteen months ago there has been a conscious attempt at bringing in the pass and move philosophy into the team. While how much have Liverpool really bought in the pass and move philosophy is open to judgment, it is undoubtedly the way forward. Swansea this season have really shown the world how it’s done. They are among the top ten teams in Europe with most possession and have been phenomenal all season.

Arsenal have long been associated with playing “attractive” football based heavily on possession. They don’t just aim to win matches; they win matches with a swagger about them. And to teach Arsenal a lesson in possession football is something extraordinary, especially for a team in it’s first season in the top flight.

I remember myself evaluating the teams at the start of the season, and I put Swansea as one of the favorites to go down. I mean QPR had a new owner who was ready to spend, and had players like Taarabt and Barton while Norwich seemed to have enough about them to pull through. Swansea were known to play slick passing football but I was skeptical if they would be able to translate that philosophy into the premier league where there is less freedom and very little time on the ball. It was very difficult to imagine players like Joe Allen dictating a match faced with the very physical midfield of the Premier League. Boy were we proved wrong. Swansea stuck to their philosophy, played short one-touch passes and have generally dominated the midfield every match. They played with a commitment and enthusiasm that belies their stature and they truly deserve to be where they are, all credit to Brendan Rodgers and his gutsy bunch of players.

Rodgers has had his philosophy influenced by teams like Barcelona and Valencia who play passing football and has spent years watching them. I find his team the closest to the famed Dutch “Total Football”. It is not only the passing game they play. It is also the movement of players off it to retain possession and exploit the space on the field. The ease with which they carved out the Liverpool defence time and again on the last match of the season was impressive (and worrying from an LFC prospective). They players don’t just pass back and forth, they are aware of the spaces that are created in field and aware of the runs that their players make. The Swansea players are in sync with each to an amazing level. It all comes down to training and applying the mind on the field. Full credit to Brendan Rodgers for achieving that with his team and it is evident that he is destined for greatness.

Swansea have often been accused for having very poor possession percentage in the final third of the pitch. Be that as it may, Swansea’s ideology is to pass it around the midfield and defense so much as to wear down the opponents. Their midfielders and defenders are so composed and sure about their touches that they retain possession in spite of heavy pressure. This leads to the opponent worn down by thankless pressure, inevitably committing a mistake. A lapse of concentration or an unmarked run later, Swansea find themselves with an opportunity at goal.

There is only so much you can achieve with a certain quality of players and with better players and same philosophy, even the staunchest of defenses can be broken. Another point worth noting is the speed with which Swansea turn pointless possession into incisive attacks. To do this requires a huge amount of practice, concentration and presence of mind, and credit to Brendan Rodgers for making his team so well versed at what they do. One of the biggest disappointments I had with the Liverpool of last season was the lack of movement off the ball. You would rarely see Henderson, Downing or Spearing take up a new position after passing the ball. While there was a lot of passing, there was relatively less movement from the players. We have often not been able to beat teams that parked the bus. Here is where the movement part becomes important, that is how you crate space in the final third and that is exactly where Liverpool failed this season. Liverpool have won matches where the opponent has been willing to come out and play a game of football, leaving space for Liverpool forwards to move and receive the ball, and generally play with freedom. To win against teams that park the bus we need to create our own space. People often forget that in “pass and move” football the latter is as important as the former, and that is exactly what Rodgers brings to the table.

One unheralded aspect of the Swansea game is the pressing that Swansea players do when out of possession. Post Lucas I have been far from impressed with Liverpool’s game off the ball and we hardly press the opponents into giving up possession. To play a passing game, domination of the midfield both on and off the ball is absolutely essential and we have been found lacking time and again. Swansea quickly organize themselves off the ball and press the ball effectively. This was one of the main reasons why they won against Arsenal. They never allowed Arsenal to dominate the midfield and hence Arsenal were not allowed to play their natural game.

Another aspect where Rodgers impressed me was his choice of players in the transfer market. His signings of Sinclair, Britton, Vorm and Sigurdsson were all well-reasoned and shows that he knows what he is doing. He wanted a keeper to play the ball out of defense and have keen eye for a pass and at the same time good at shot-stopping, in came Vorm. He wanted a midfielder to sit deep and boss the midfield, in comes Leon Britton. He wanted a player who can play higher up, have a keen eye for through balls and at the same time have a good long range shot, in comes Gylfi Sigurdsson. He not only knows which player to buy but also knows when to buy them. Sinclair was undervalued by Chelsea and Rodgers snapped him up. Sigurdsson has a bust up with the manager and Rodgers is at hand to take advantage. This speaks volumes about his shrewdness in the transfer market, something that was put in the backburner last transfer window.

Rodgers also believes in actively integrating the youth into the first team. His philosophy is influenced by a large extent by Spanish clubs like Sevilla and Valencia with their successful youth systems. With the Liverpool youth system now on the verge of producing technically gifted, quality youth players consistently, it would be prudent to have a manager who believes in inculcating the youth into the first team. It would guarantee a platform for continued success.

If the rumours are indeed true and Rodgers rejected us because he was uncomfortable with the odds of being chosen from amongst 12 managers, it would not be hard for FSG in convincing him to reconsider his decision. While Martinez and Villas-Boas are also good football managers, it is clearly visible that all three of them offer different skillsets to the club. While AVB brings attacking football with a 4-3-3 and also the experience of handling a top club like Porto, Martinez offers the novelty of a 3-4-3 along with a wealth of tactical knowledge. On the other hand Rodgers while not as tactically astute as the other two, brings to the table a true pass and move footballing philosophy complete with rigorous training and perfect execution. The appointment of the next manager will define the philosophy of the club for the years to come and will be detrimental in our success as we embark on a new era of the club.