With the arrival of Italian international forward Fabio Borini from Roma, we asked members of our forums their thoughts on Brendan Rodgers’ first signing. 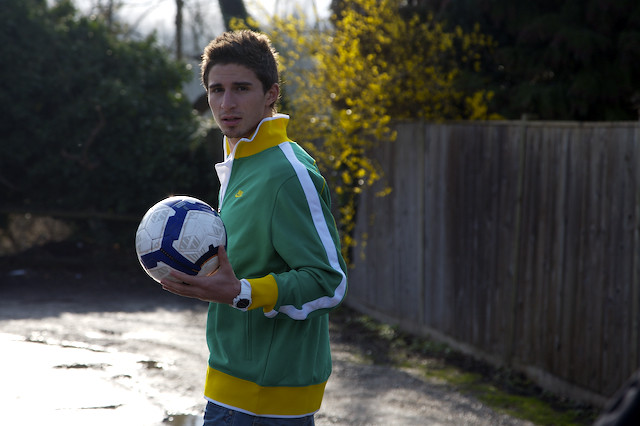 Cautiously optimistic. Seems like he has the tools, and from what I’ve seen he’s similar to Chicharito, maybe a bit more composed on the ball. But not sure if he’s established enough to be relied upon as the main goal threat.
— ubermick

Having watched him a few times for Swansea I think he is a natural goal scorer and at only 21 years old has huge potential. One of the top young strikers in Europe and we’ve done well to go under the radar somewhat to get him.
— Sweeting

Seems like a good signing. Young, hungry, already in the Italian squad and has previously worked with Rodgers too.
— cardiffpete

A young goalscorer who plays intelligent football and plays with creativity and passion. Exactly what I would hope for in that second tier striker we’d hope to get before a potential big season. He’s also not going to be pressured by an inflated price tag.
— mpoletti

I’m not going to pretend I know much about him. We cannot go into another season with just Carroll and Suarez as forward options. Strikers fall in and out of form so I feel you need to have 3 or 4. With Kuyt gone and Bellamy aging another year I think we need a striker to add to the rotation and he seems to fit the bill. I really can’t comment more than that because my opinions about his actual footballing skill is just based on what I’ve read.
— TFC

Satisfied, the more I think about it the more pleased I am. We badly needed a forward of his qualities, but he’s also someone who can play, pull deeper to link up outside the box or work the channels out wide more if the type of game/opponent dictates that. Certainly not a passive player, good movement, pace, ability to break the offside trap and play off the last defender with also good finishing. A young international that already brings a few different qualities, not expensive in today’s market, with a good head on his shoulders and obviously someone who has improved and will continue to. Depends on what happens with Carroll though – I don’t want much pressure on the lad. If Andy leaves then we do need another striker, simple as that.
— Zoky