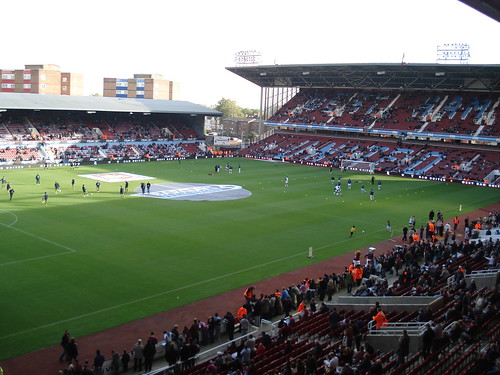 Liverpool beat Southampton 1-0 in their last Premier League outing with Daniel Agger heading in from a Glen Johnson cross.

Johnson’s assist was his second of the season, and the attacking minded full back clearly has designs on the opponent’s goal, as he has now had more shots at goal without scoring than any other player in the EA SPORTS Player Performance Index with 21 shots at goal.

Joe Allen will be hoping that the return of Lucas Leiva will allow him to push forward in attack. Allen shares a similar frustration to Johnson in that he has completed the highest number of passes in his opponent’s half without being credited an assist in the league this season. Allen has found a team mate in opposition territory 358 times this season.

West Ham will have to be wary of diving in on Liverpool and conceding fouls. The Anfield club have two of the top three players in the league for dribbles completed in Luis Suarez (34) and Raheem Sterling (21). Although, of course, Suarez is suspended and misses this match.

Luis Suarez and Jonjo Shelvey both hit the woodwork against Southampton as Liverpool pushed to increase their lead. Shelvey has cemented his place in Brendan Rodgers plans this season with some stand out performances. He is yet to score in the league this season, but it’s surely only a matter of time as he has now had 17 shots at goal with 64.7% on target.

West Ham produced an incredible second half performance to win 3-1 against Chelsea in their last game.

Goals from Carlton Cole, Mohamed Diame and Mobido Maiga secured three points in a game which could have seen the Hammers score even more, as they gave Petr Cech the busiest game a goalkeeper has had all season, forcing him into 14 saves.

West Ham fans will be hoping that three different goal scorers against Chelsea is a sign of things to come as previously to that game only Kevin Nolan and Mark Noble had scored more than once this season for the Hammers.

Diame in particular will be grateful for the goal, as his return is now two goals from twenty efforts at goal, a healthier looking return than one goal from eighteen shots, as his stats were before the game against Chelsea.

The game will also see two of the league’s hardest working midfields up against each other. 13 players in the EA SPORTS Player Performance Index have covered 90 miles or more so far this season and four are on display in this game. West Ham are represented by Mark Noble (90.65 miles) and Kevin Nolan (92.46 miles) while Steven Gerrard (92.63 miles) and Joe Allen (94.98 miles) feature for Liverpool.