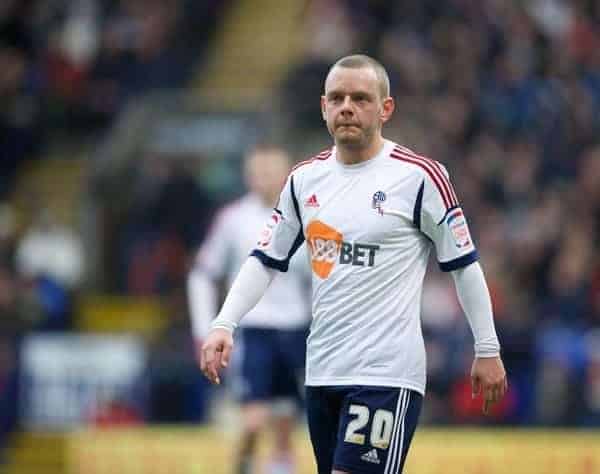 Jay Spearing should be a Bolton Wanderers player by the end of the week after Liverpool agreed to sell the midfielder. Spearing spent last season on loan at the Reebok Stadium, and was told this summer by Brendan Rodgers that he wasn’t part of his plans at Anfield.

Neil Jones of the Liverpool Echo reports this afternoon (Thursday):

The fee at this stage is undisclosed, but is expected to be close to the £1.75m Liverpool agreed with Blackburn Rovers last month. That move fell through with Spearing unconvinced about the merits of a move to Ewood Park.

Spearing was named Bolton’s player of the year last season after making 39 appearances.

Since making his debut for the Reds in December 2009, Spearing made 55 appearances for the club, but never managed to score for the first team.

He had been used as a right-back by Rodgers in several pre-season appearances this summer, but had been waiting for Bolton to come back in for him and agree a permanent deal.