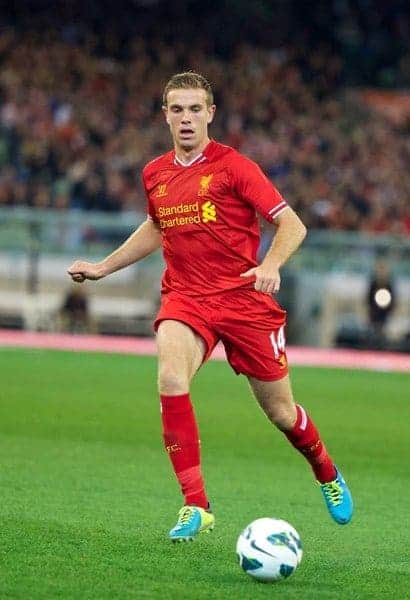 Jordan Henderson will captain Liverpool tonight in their penultimate pre-season friendly against Valerenga in Norway.

Martin Skrtel, Daniel Agger, Glen Johnson and Daniel Sturridge have all been left on Merseyside to recover from various injuries, whilst Luis Suarez is also “injured”.

Valerenga are currently 7th in the Norwegian Tippeligaen, which is about half way through it’s campaign as it is a summer season.

Liverpool owner John Henry is in attendance at the game tonight – his first Reds match in over a year.

Valerenga vs Liverpool gets underway at 6pm (UK) and is live on BT Sport 1 and BT Sport 1 HD in the UK. We’ll also be bringing you updates from the game on our Twitter account @thisisanfield.