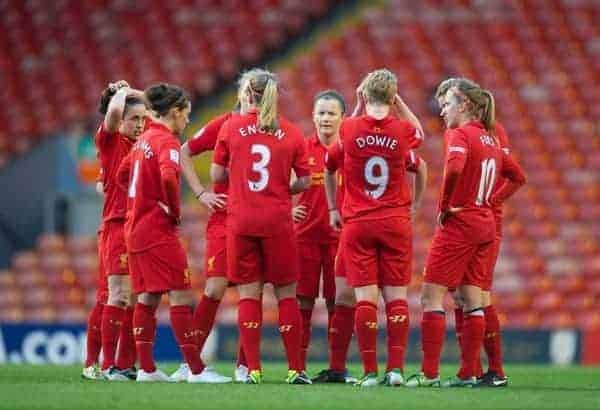 Liverpool Ladies returned to the top of the WSL on Saturday evening as they edged Bristol Ladies in an exciting 4-3 victory. Bristol took the lead early on before the Reds were awarded a penalty for a foul on Nicole Rolser, which Louise Fors confidently converted.

Just before half-time, Liverpool took the lead – Rosler with a well placed header.

Liverpool then extended their lead with a superb effort frond distance from Katrin Omarsdottir, who represented Iceland in this summer’s Women’s European Championships.

Two goals in the space of three minutes saw Bristol come back into the game and equalise on the 69 minutes mark.

The result will be of relief to Liverpool Ladies fans and manager Matt Beard after last week’s 3-0 defeat to Arsenal and the midweek WSL Continental Cup exit to the hands of Lincoln on penalties.

Next up the Ladies play Chelsea at home in the WSL at the Halton Stadium in Widness on Saturday, August 17th.

Kick-off is 7.45pm and that comes just a few hours after the end of the Liverpool first team’s opening Premier League game of the season, against Stoke City at Anfield.