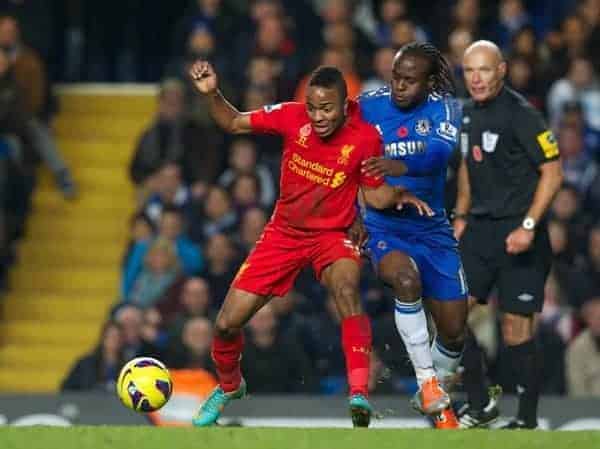 Chelsea‘s Victor Moses is linked with a loan move to Liverpool in Monday’s newspaper reports, as Brendan Rodgers looks to strengthen his squad in the final week of the transfer window. Moses, 22, is surplus to requirements at Stamford Bridge, with boss Jose Mourinho having added Brazilian winger Willian to the wealth of attacking midfielders already at his disposal.

Last week Rodgers explained his desire to bring in a left sided player – in order to allow Philippe Coutinho to play in the central ‘number 10′ role – and Moses’ versatility allows him to play anywhere across the attacking positions.

Monday’s Daily Mail report, among others, that Chelsea want a £2million loan fee and that his wages of £55,000 per week could be the only stumbling block:

Rodgers hopes his long-standing relationship with Mourinho will help steer the deal in Liverpool’s direction this week.

Moses has been told that Chelsea are unlikely to agree to his sale, but they will let the winger leave for a season.

Hopefully, Liverpool can get the deal done on reduced terms and also ensure an option to make the deal permanent at the end of the season.