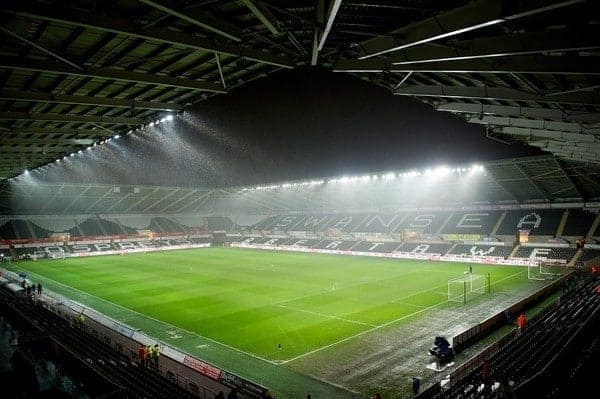 Victor Moses and Mamadou Sakho make their debuts for Liverpool tonight as they start against Swansea City at the Liberty Stadium. [table id=27 /]It had been reported that Sakho had not traveled to South Wales earlier today, however he lines up alongside Martin Skrtel in central defence, with no Daniel Agger in the squad.

Moses replaces Aspas, supporting Philippe Coutinho in attack with Daniel Sturridge leading the line. This will allow Coutinho to play more centrally behind Sturridge, where Aspas had been playing.

Both sides go into the game off the back of victories just before the two-week international break. Liverpool beat arch rivals Manchester United 1-0 at Anfield, whilst the Swans beat West Brom at the Hawthorns.

Liverpool can go three points clear at the top of the table, and victory would see the Reds’ best start to the season since 1990.

The match gets underway at the Liberty Stadium at 8pm BST and it’s live on Sky Sports. Keep your eye on This Is Anfield for live text commentary from 7.30pm.