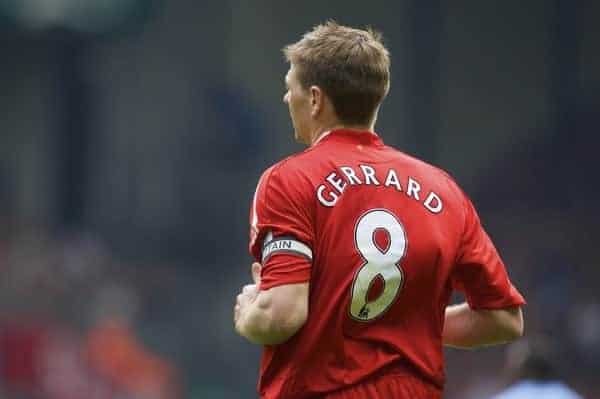 Steven Gerrard scored his 100th Premier League goal at Newcastle on Saturday, becoming the 24th player to do so. We provide an in-depth analysis of his 100. Gerrard’s 100th came via the penalty spot, the 20th time he had converted a penalty, and just under 14 years after he scored his first – against Sheffield Wednesday on 5th December 1999.

Enjoy this beautiful infographic, courtesy of the excellent Nate from OhYouBeauty, then scroll down for more stats and analysis of Gerrard’s 100.

Image may not load properly on mobile devices, click here for full size.

• After his goal against Crystal Palace recently, Gerrard has now scored against every team currently in the Premier League.

• Gerrard played in 14 Premier League matches against Wigan without scoring – by far the most for any opposition he failed to scored against.

• Gerrard’s fastest goal was against West Ham in May 2009, after 1min 16seconds.

• View the Google Doc with all Gerrard’s goals here.

Watch all 100 of Gerrard’s goals here