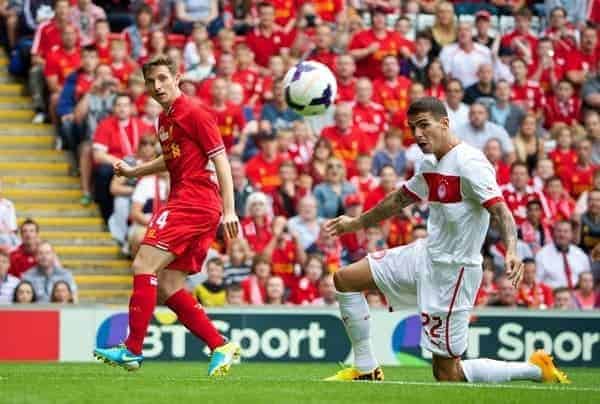 Midfielder Joe Allen admits he finds it frustrating being on the sidelines at Liverpool this season. The Welshman is currently away on international duty but has struggled for first-team opportunities after missing the start to the season with a muscle strain – and having missed the end of last season with a shoulder injury.

“I’d be lying if I said it wasn’t frustrating at times,” Allen told BBC Sport.

“I’m working hard and waiting patiently for my chance, but Liverpool is a massive club and we are having a great season.

“The competition for places is really good and you want that at a top club and I have to work as hard as I can to get back into the fold.

“Hopefully with the momentum we are gaining now we can keep going and in an ideal world I would like to be a big part of that.”

Allen, 23, was signed for £15m from Swansea shortly after Brendan Rodgers’ arrival last summer but finds himself behind Lucas Leiva, Steven Gerrard and Jordan Henderson in the midfield pecking order.

Allen has made just four appearances this season, starting only the League Cup tie to Notts County.

Would you like to see Allen given a chance in the Liverpool team?