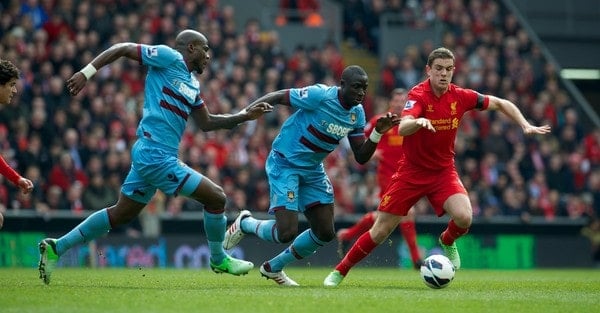 Brendan Rodgers makes just one change from the side that beat Norwich in midweek, with Mamadou Sakho replacing Daniel Agger in defence. The change of Sakho for Agger is the third central defensive partnership in 3 games for Liverpool, with Agger reportedly missing out due to illness.

Sakho has not featured since the defeat at Arsenal. He starts alongside Martin Skrtel.

Jordan Henderson retains his place in midfield, as does Joe Allen, with Lucas on the bench again.

West Ham have former Liverpool player Stewart Downing in the eleven, while Joe Cole is among their subs.