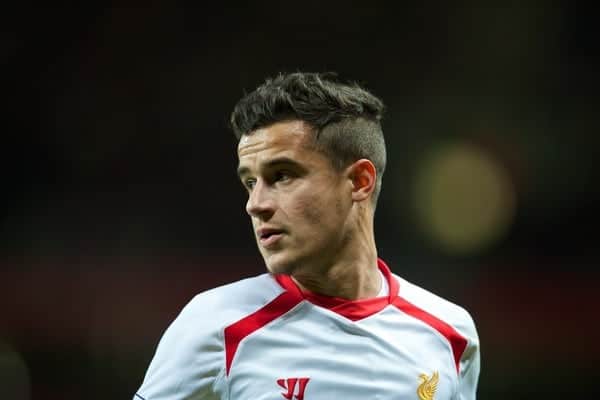 [table id=20 /]The Liverpool boss was facing questions from the media ahead of the mid-week Premier League clash, which comes just days after the Reds’ 3-1 defeat at Hull City on Sunday.

Brazilian Coutinho came on as a second-half substitute for Liverpool at the KC Stadium, having not trained all week with a high ankle strain.

“Philippe will be fine”, Rodgers is quoted by the club’s official website. “He’s had no further reaction from the game yesterday. He’s trained this morning, so all being well he’ll be fit.”

However, Toure, who returned to the starting line-up for Sunday’s trip to the East coast, sustained a further knock during the game.

“We’ll assess that in the next 24 hours, but hopefully he should be available,” Rodgers added.

Liverpool are without Daniel Sturridge and Jose Enrique for Wednesday’s game at Anfield, who are all suffering from medium-term injuries.

Liverpool vs Norwich City gets underway at 7.45pm at Anfield on Wednesday, 4th December 2013. Keep checking This Is Anfield this week for match previews, team news and build-up.