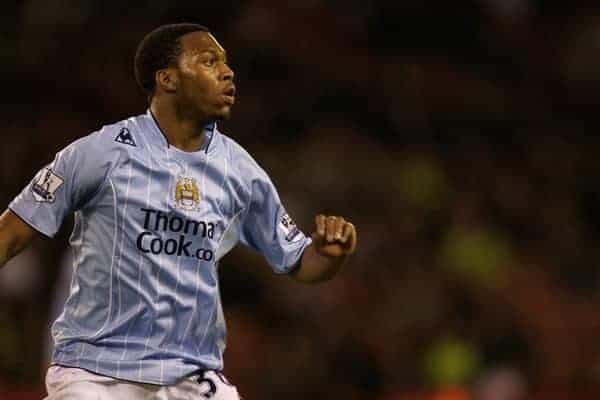 There have been a number of top players who have represented both clubs during their illustrious careers, and Henry Jackson (@OnFootballTweet) picks his top 5. Do you agree? Sturridge only made 32 appearances for City between 2006 and 2009, and left to join Chelsea when he was still a teenager. He scored six goals in his time at the club.

Having failed to become a regular at Stamford Bridge, Brendan Rodgers signed him in January, and the 24-year-old has been a revelation. 22 goals in just 30 matches is a super return, and there should be many more to enjoy in the coming years.

McManaman spent almost a decade at Anfield, and was a key member of Roy Evans’ exciting side during the mid 1990s. His two goals against Bolton in the final won the Reds the 1995 Coca Cola Cup, and he also lifted the FA Cup in 1992. In total he made 364 appearances for the club.

The skilful winger joined City after a successful spell with Real Madrid and, although aging, still had real class. He spent two years at the City of Manchester Stadium, but never scored in his time there. There haven’t been many more naturally gifted, dangerous strikers over the last 15 years than Anelka, and the Frenchman enjoyed spells with both clubs in the early part of the century.

He spent just half a season at Anfield after joining on loan in December 2001, and not keeping him at the club on a longer term basis was one of Gerard Houllier’s biggest errors as manager. He only scored five goals for Liverpool, but his ability and influence was clear to see.

He played for City between 2002 and 2005, scoring 45 goals and becoming a fans favourite in the process.

Hamann was a terrific player, and will always be held in high regard by both Liverpool and Manchester City fans.

The German arrived at Anfield in 1999, and spent seven superb years there. He was a calming influence in midfield, and also had an eye for spectacular goals. His impact as a half-time substitute in the 2005 Champions League Final ensured legendary status at the club.

He joined City from Liverpool in 2006, but by this stage his best days were behind him. He was often a bit-part player at the club, leaving in 2009.

Fowler is one of Liverpool’s greatest ever players, scoring 183 goals in two spells at the club. One of the most gifted finishers of his generation, Fowler’s best years came in the mid 90s, when he was simply unstoppable in front of goal.

His four seasons with City came before he re-joined Liverpool for a second time, but injury problems hindered him hugely. In those four years, he only managed 91 appearances-scoring 27 times- but did manage to score a late equaliser against Liverpool in 2003.