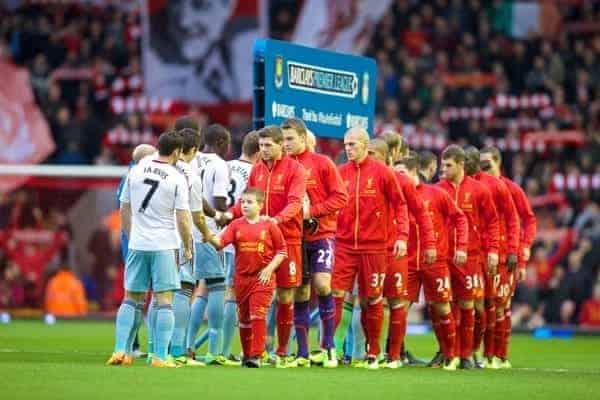 Lots of good individual performances in Liverpool’s 4-1 win over West Ham on Saturday, but who gets your Man of the Match vote? It was another important three points for Brendan Rodgers’ men, who moved second in the Premier League, just four points off league leaders Arsenal.

Simon Mignolet made a heroic world-class save in the first half to stop Liverpool from going behind to the visitors.

Joe Allen really found his stride and looked more comfortable in the Liverpool midfield, alongside Steven Gerrard and later, Lucas.

Raheem Sterling looked more composed and stronger than in recent games, but his energy began to run out in the second half.

Mamadou Sakho enjoyed a rare start due to the absence of Daniel Agger and Kolo Toure, and netted his first goal for the club since his summer move from Paris St-Germain.

Luis Suarez kept up his masterclass from Wednesday night, playing a helping hand in the goals and getting one for himself en route to victory.

Glen Johnson took over the captain’s armband from Gerrard during the second half and looked sharp down the right side.

Martin Skrtel had another commanding performance in the centre of Liverpool’s defence, and was unfortunate to score an own goal which briefly let West Ham back into the game.

Vote for your Liverpool Man of the Match below: