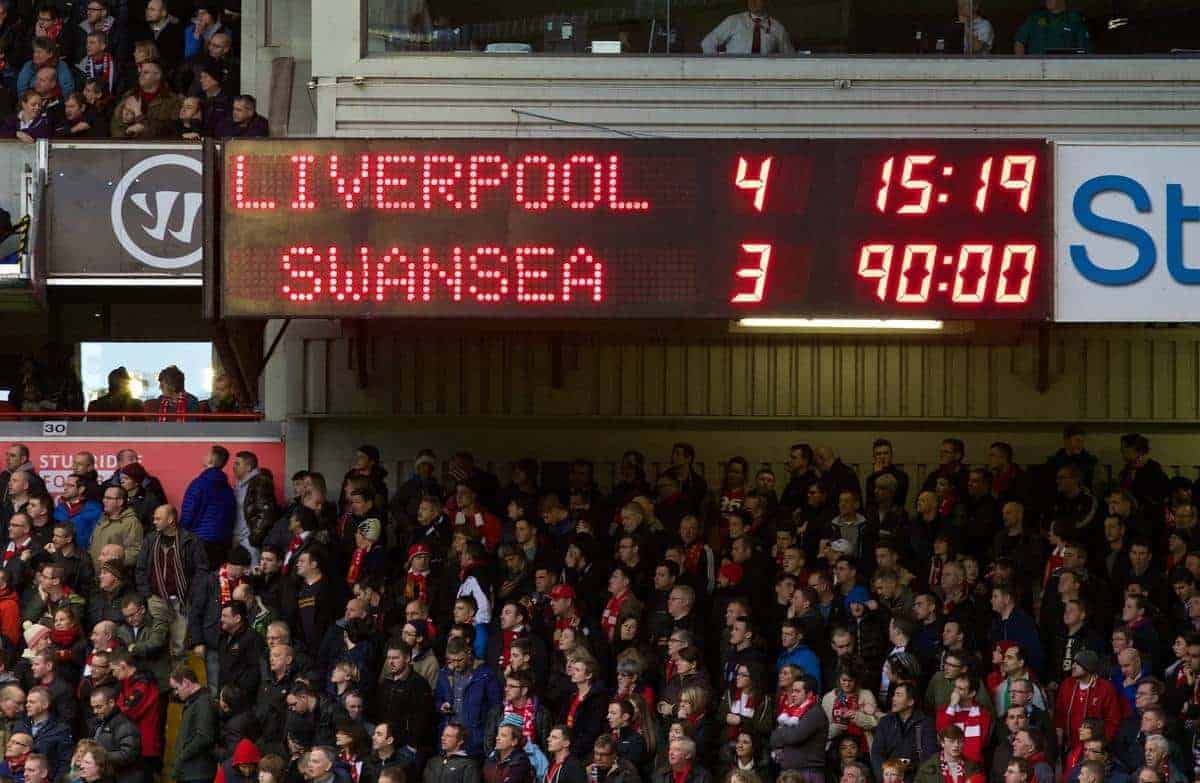 Do Liverpool have a real chance of something special this season? Matt Sproston certainly thinks so. Another win in the bag. More free flowing, attacking football. Easy on the eye but not on the nerves. Confidence and a winning mentality is growing each time the team takes to the field.

Two seasons ago an attraction to the woodwork prevented us from achieving a top four finish. Last season, a change of management and squad shake up resulted in a woeful start to the season which ultimately could not be corrected with a promising run in. This season our ambitions may only be thwarted by the fragility of the defence.

I say “our ambitions” but in reality these have changed from the start of the season. I would imagine that the initial ambition was to improve on last season with an outside chance of the top four. As the season progressed a proper push for the top four became a realistic target.

Brendan won’t say it and I doubt that you will catch many of the players saying it but the target now is to win the league. It is obvious from the way the team is being set up (even against the so-called bigger teams) that the aim is to take the game to our opponents from the kick off. We have taken early leads against City, Chelsea, United, Everton (twice), Spurs and Arsenal and are 10 points better off than in those corresponding fixtures last season.

The make up of the squad does limit selection options but the apparent lack of interest in bolstering the defensive midfield position in the transfer window and the continuing use of Gerrard in a holding role suggests that Brendan sees all out attack as the best form of defence.

The shakiness has spread like a virus throughout the defence. Early season solidity from Skrtel has given way to bizarre decision making. Agger was dominated by Bony to the extent that he was substituted. The affection of the fans towards Toure built up by enthusiastic early season performances has largely dissipated following calamitous unforced errors. And then there’s the full backs….

The balance of shoring up the defence without losing the potency going forward is one that Brendan will probably have to find if he is to bring the ultimate prize back to Anfield. However, history suggests that even an underperforming defence is not a barrier to winning the title.

In the same period, the league winner has had the lowest goals conceded on only 8 occasions (40%). However, in contrast to goals scored records, the team with the fifth or sixth best goals against record has won the league on 3 occasions. Put it another way, more often than not the team that wins the title does not have the strongest defence.

If those patterns are followed this season, based on the current and projected goal differences the winner will be either Manchester City or Liverpool.

The league is always won by the team who wins the most games, that stands to reason. However, it is not true to say that the team who loses the least games always wins the league (Liverpool 2008-09).

Our last real tilt at the title (2008-09) failed due to 11 draws compared to Man United’s 6. Turn those five extra draws into 1 win, 2 draws and 2 defeats and Liverpool would have won the league.

I’m not advocating glorious failure, after all we aren’t Keegan’s Newcastle, but while we don’t have the personnel to grind out a one-nil win I am happy for Brendan to keep unleashing Suarez, Sturridge, Sterling, Coutinho, Gerrard and Henderson safe in the knowledge that history suggests we have a real chance of something very special.