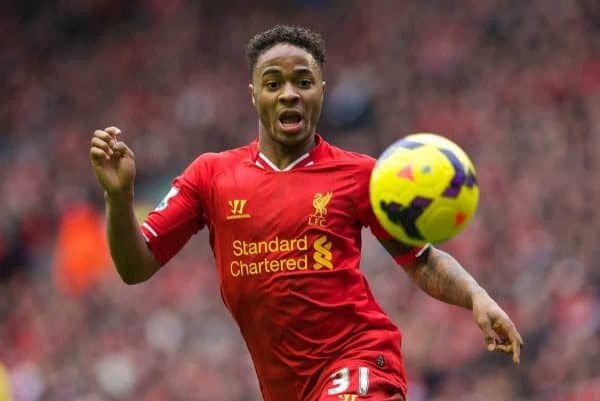 Making the grade from the English youth system

PJ Vaughan takes a look at the obstacles a young player in England has to overcome to make the step up to professional football and questions why those obstacles exist.

As a Liverpool football supporter there is nothing I like more than seeing an academy graduate making the grade. This season we have seen Raheem Sterling emerge into one of Liverpool’s top performers. Jon Flanagan has also emerged into a very able stand in. We have also seen a number of other young players get opportunities as we push for the title.

However, it is so difficult for academy graduates to make the grade. I will look at some of the barriers preventing youth development and explore ways at addressing these challenges.

Earlier this season many fans were calling for Raheem Sterling to be loaned. Very few fans that follow the Liverpool’s academy teams would have though that Jon Flanagan was good enough for Liverpool’s first team. However game time has excelled both of their progression greatly. It may only be due to the fact we have a threadbare squad that Flanagan even got an opportunity in the first place.

We will never know if the likes of Jordan Ibe, Jordan Rossiter, Joao Carlos Teixeira, Ryan McLaughlin or even Kristoffer Petersen are good enough unless they get a run of games.

While the loan system has its advantages, it is easy to discard a loanee if he has one or two below par performances. The loan club don’t know the player as well as the parent club. Young players are often asked to play a role or system that is alien to them. The best place for a young player to develop is at the parent club as long as they get opportunities.

I believe that the Premier Leagues equal sharing of TV money is another key factor preventing clubs producing young players. Firstly it creates a false economy. Newly promoted clubs and clubs that are regularly fighting relegation are stockpiled with established internationals.

This prevents young players at smaller clubs from getting opportunities. It secondly offers less opportunity to bigger clubs to play younger players against smaller sides.

The TV money should go to the clubs that generate the money. An estimated 500 million people globally tune in to watch Liverpool v Manchester United twice a year. How many tune in globally to see Stoke City v Norwich City, Hull City v Southampton or Fulham v WBA?

The money should go to the teams that generate the money and not shared equally causing false economies. The false economies are continued into the Championship with the parachute payments, which is again preventing young players from developing. The average number of academy graduates in the Championship in November 2012 was 1.29 players per club.

The Primera Liga is in complete contrast to the Premier League. The majority of the TV money goes to Barcelona and Real Madrid. Valencia, Atletico Madrid and Athletic Bilbao get small slices but the rest merely get crumbs. Smaller clubs have no choice but to produce their own players in order to be sustainable. Bigger clubs feel less pressure in playing their own young players as they are not playing against clubs stockpiled with international players.

If you look at clubs like Athletic Bilbao and Real Sociedad who consist of primarily local Basque players. They have collectively produced the likes Joseba Etxeberria, Iker Muniain, Ander Herrera, Fernando Llorente and Xavi Alonso in recent years. Imagine if Newcastle and Sunderland adopted a similar policy of having teams consisting of lads from the north-east. It might mean taking a step backward to take two forward. It’s not like they will win the league any time soon with their current policies. (It has being 78 years since Sunderland’s last league Championship and 87 years since Newcastle’s).

In the next part of “Making the grade”, I will look at how stockpiling younger players and excessive loaning is preventing young players from making the grade. I will also look at ways of restructuring academy teams and how to develop B teams in order to improve the loan system.