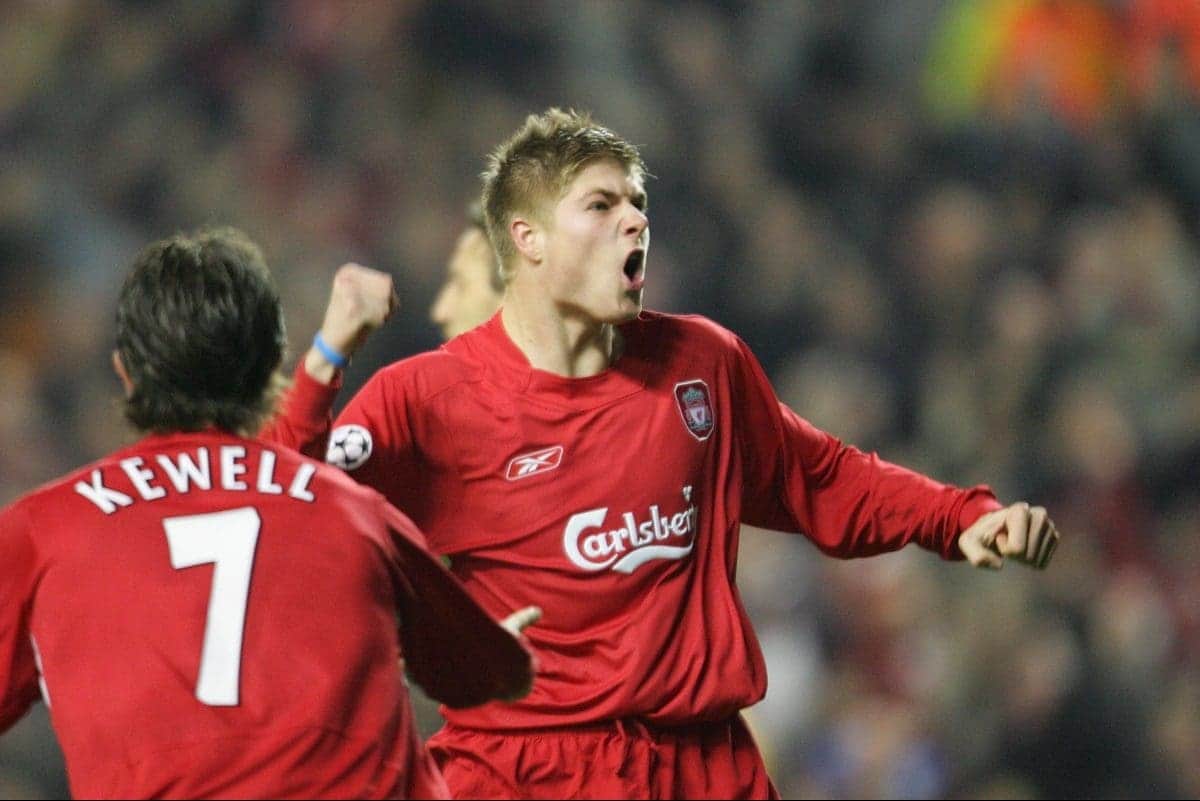 We look back at that famous night a decade ago when Liverpool downed the Greek side at Anfield. The Reds went into their final Champions League group game in the 2004/05 season knowing they would either have to beat Olympiakos or, if the Greek side scored, beat them by at least two clear goals.

With Rafa Benitez’s side faltering in the Premier League, they knew that staying in the competition was absolutely paramount. Little did they know that the game would become one of the most important, unforgettable matches in the history of the club.

A flying start saw Milan Baros have a goal ruled out and Sami Hyypia glance a header wide, in front of a nervy but fervent Anfield.

In the 26th minute, disaster struck. Rivaldo, the ageing but still fantastic Brazilian legend, was brought down on the edge of the penalty area by Hyypia, after a superb run. From the resulting free-kick, he curled the ball through the wall and into the Kop net.

Liverpool now needed three goals, and with a side containing the likes of Djimi Traore, Antonio Nunez and a misfiring Harry Kewell it’s fair to say not many gave the Reds a huge amount of hope once they’d gone behind.

Benitez introduced French youngster Florent Sinama Pongolle after the break, and his impact was immediate. Some good work down the left from Kewell saw him cross for the 20-year-old, who finished from close-range. Suddenly new life was breathed into the tie, and Anfield was electric.

Steven Gerrard became more and more prominent as the game progressed, and the 24-year-old captain was desperately unlucky to have his long-range strike ruled out because of an earlier foul by Baros. Local lad Neil Mellor came on for the Czech international, and like Sinama Pongolle, he repaid the faith shown in him by Benitez within minutes of coming on.

After Jamie Carragher had a penalty appeal turned down, Sinama Pongolle’s cross was met by Nunez. Although the Spaniard’s header was saved by Antonios Nikopolidis, Mellor was on hand to rifled to ball home with 10 minutes remaining. The comeback was well and truly on.

A frantic finale saw further Liverpool penalty appeals waved away, before Gerrard produced one of his career-defining moments in the dying minutes.

Carragher’s intelligent ball found Mellor, who guided an equally thoughtful header towards Gerrard 25 yards out. The skipper caught his half-volley to perfection, and the ball flew into the corner to send Anfield into delirium. Gerrard virtually ran into the Kop crowd to celebrate.

Liverpool saw out a few last nervy moments to book their place in the knockout stages, reigniting their season in the process. Little did they know that, against all odds, they would go on to win the Champions League that season.

It remains one of the most famous night in the history of Anfield, and while Gerrard’s goal will always be the one talked about, it’s vital that we don’t forget the impact of both Sinama Pongolle and Mellor. Without them, there is every chance Liverpool would have crashed out.