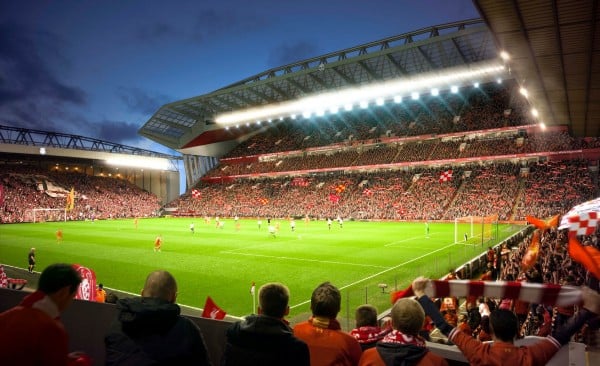 The plans will see the stadium’s capacity increase to around 58,800. The first phase will focus on the expansion of the Main Stand – with work going on to ensure current capacity is not affected, and is hoped to be complete by summer 2016.

The second phase, not detailed in today’s plans, will see the Anfield Road End expanded, with the road itself closed off.