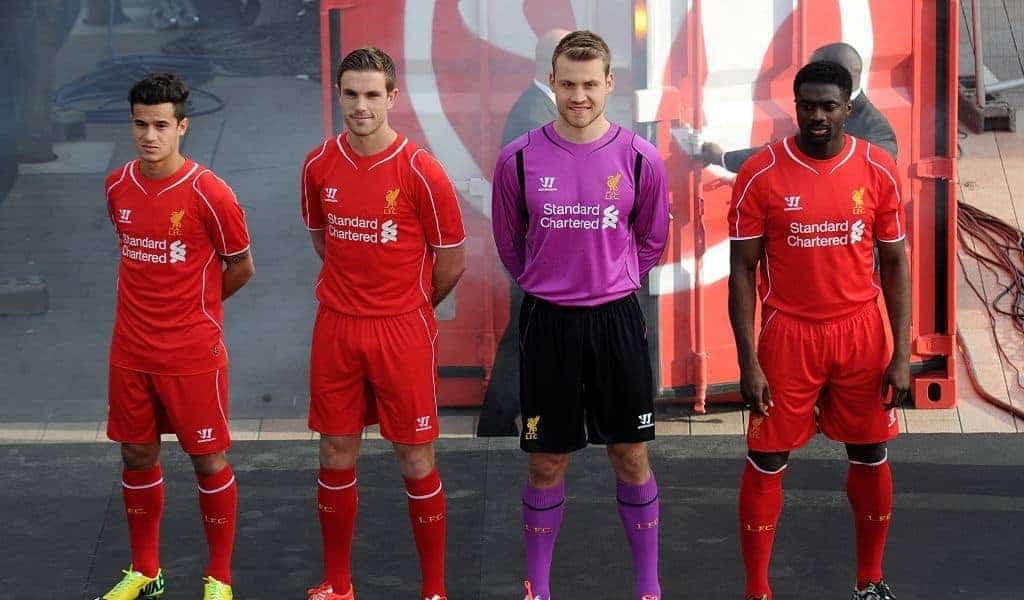 We spoke to goalkeeper Simon Mignolet at the launch of the new Liverpool home kit for next season, discussing his first season at the club and how he’s coped with adapting to life under Brendan Rodgers.

The 26-year-old Belgian arrived from Sunderland for £9m and immediately established himself as Rodgers’ number one goalkeeper, with a memorable debut seeing him save an injury time penalty against Stoke City on the opening day of the season.

Mignolet has taken over from Pepe Reina, a goalkeeper renowned for his ability to distribute play from the back, so is that side of the game something that he has found difficult to adapt to?

“It is something different than what I was used to for example at Sunderland but with the Belgium national team we play something similar,” explained Mignolet at Liverpool FC’s very-first live kit reveal.

“Also through the youth ranks in Belgium a lot of emphasis goes on the goalkeeper playing out from the back, so I was growing up in the same environment.”

As with any move though, he admits there are always adaptations required, but a full pre-season certainly helped with that process.

“When you arrive you have to adapt and learn, you have to see what the gaffer wants from you and what the other defenders want from you.

“I was lucky that I arrived at the club before pre-season started and had the chance to train long enough and adapt and had the time to do that in games. You get six, seven weeks [in pre-season] before the season started to feel comfortable with the other lads and what the gaffer wants from me.

“It’s something that I enjoy doing and it’s going really well.

“Because I grew up with it [playing from the back] it’s something that’s probably more natural to my game anyway.”

Asked about whether he had any influence on the new kit, Mignolet laughed “No, no, but it’s obviously something for the club to decide and I’m happy with that.

“I’m pleased with the kit and it feels really well. I wore purple as a second choice a few times this season already.”

The new outfield playing strip takes inspiration from the Roger Hunt MBE era in the 1960s where he was a major factor in the Club’s success, including promotion to the First Division and the team’s very-first FA Cup win and was unveiled by Mignolet, Kolo Toure, Jordan Henderson and Philippe Coutinho in front of a thousand supporters in Liverpool city centre.