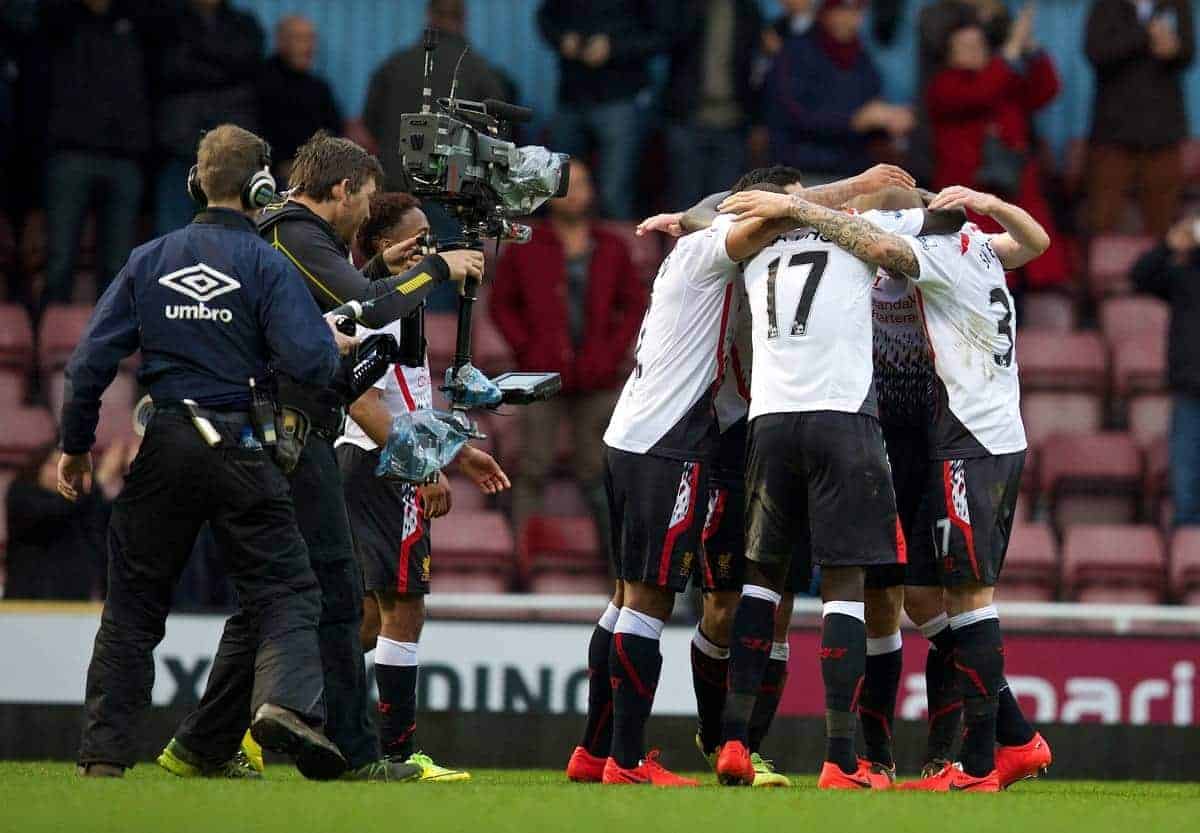 Liverpool returned to the top of the Premier League table, after a hard-fought win over West Ham at Upton Park. Henry Jackson rates each Reds star on the day. The 26-year-old was tested to his very limits throughout, and passed with flying colours.

He dealt with every cross that was delivered, barring West Ham‘s goal when he was clearly fouled. Arguably his best display since Everton away in November.

The right-back was good again here, and continues his run of decent form since returning from injury. He dealt well with Stewart Downing, and was always a good attacking option for his side.

Much of the pre game talk had been about how Carroll would bully the Liverpool defence, but Skrtel was colossal in helping thwart the former Red.

He won a huge amount in the air, played like a leader and was also excellent on the ball. The Slovakian’s superb season continues.

The Frenchman was thrown back into action at a tough ground to visit, but he was terrific considering his has barely played all year.

The 24-year-old was typically calm and assured in possession, and his aerial prowess gave Liverpool something that would have been lacking with Agger in the side.

Another solid afternoons work by the 21-year-old, who looks so at ease in the side now.

He made constant runs up and down the flank, and his defensive work was very reliable on the whole. Won the vital second penalty.

STEVEN GERRARD- 9 (Man of the Match) If Liverpool go on to win the Premier League, people will forever talk about Gerrard’s form since January.

He was exceptional again against the Hammers, producing some outstanding passes and controlling the game throughout. The skipper not only played a key role in assisting the Reds’ first penalty, but scored both spot-kicks too to take his tally to the season to 13. Nerves of steel.

As ever the 23-year-old showed great energy, desire and quality, and quietly went about his business in the middle of the park.

He might not make all the headlines, but he’s vital to Liverpool’s title aspirations.

The Brazilian only lasted 45 minutes, and although he oozed class on the ball, more often than not he was relatively ineffective.

After a few wonderful performances of late, this was one of Coutinho’s less memorable of the campaign.

The youngster wasn’t at his best in the first-half when used out wide, but he grew more and more influential once utilised centrally.

The 19-year-old’s pace was a constant outlet, and he saw a fine effort late on well saved by Adrian in the West Ham goal.

This was arguably Sturridge’s worst game of the season.

The 24-year-old struggled to get involved from start to finish, and his finishing and final ball was often erratic.

It’s sometimes easy to take Suarez for granted, and although he was quiet during parts of the game, he still played a big part in Liverpool’s win.

His trickery won the Reds their first penalty and he hit the crossbar with two wonderful efforts, while some of his hold-up play and deft touches were fabulous.

The Brazilian added calm and authority to the Liverpool midfield when he came on, and he showed an attacking thrust often lacking when he plays in a more defensive role.

Was solid in his short time on the pitch, and made a good headed clearance in the final few seconds.

Do you agree with the ratings? Who do you think was Liverpool’s best player on the day?