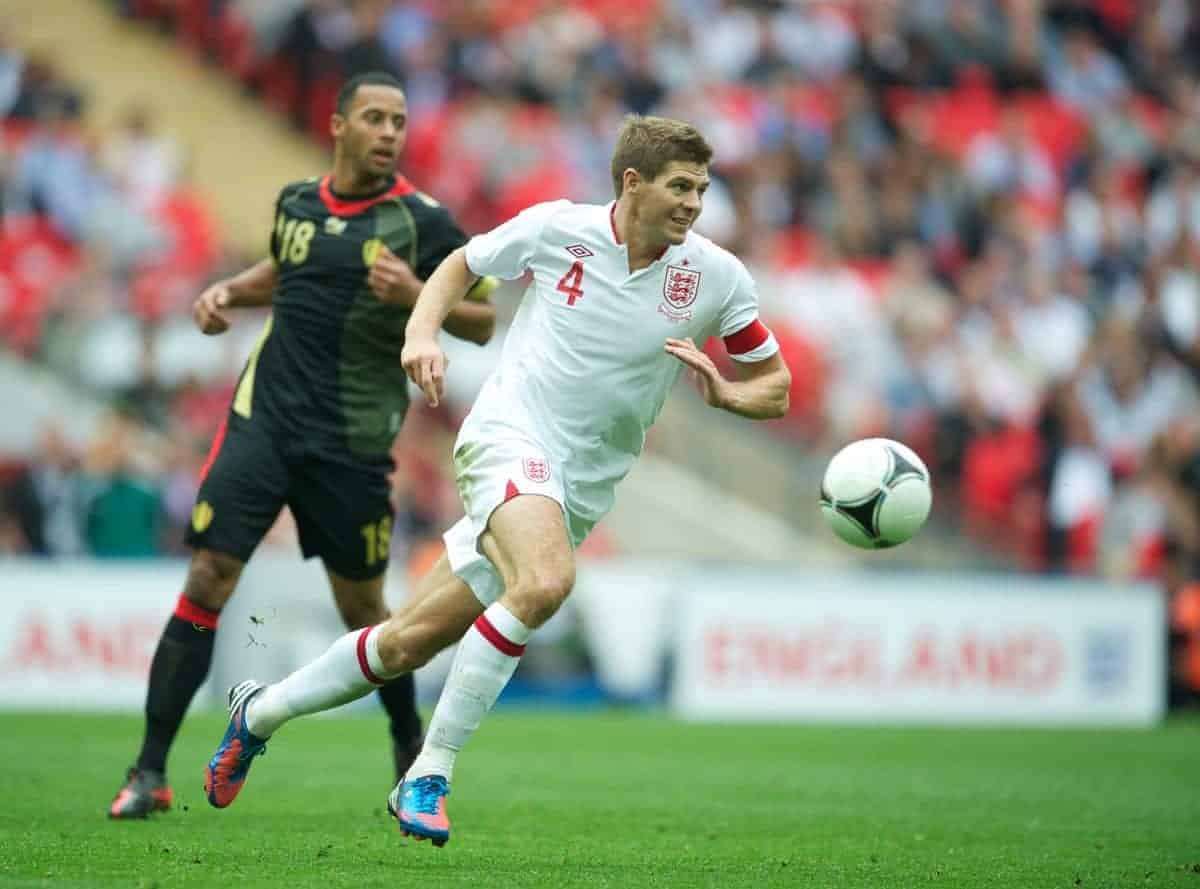 In what was a routine run-out for Roy Hodgson’s men prior to the World Cup proper; England’s 3-0 victory over Peru at Wembley stadium on Friday night served as encouraging viewing in the build-up to Brazil 2014.

Goals from Daniel Sturridge, Gary Cahill and Phil Jagielka made light work of the South American side, and another clean sheet will build the former Reds manager’s charges’ confidence ahead of some testing fixtures against Italy, Uruguay and Costa Rica at this summer’s tournament.

A miserable season of poor form and troubling injuries has blotted former Chelsea man Johnson’s copybook for many, and another meagre performance at Wembley will continue to worry prior to the 2014/15 season.

As England’s de facto starting right-back, Johnson faces little competition; Everton‘s John Stones looked comfortable when entering the fray on the right flank late on but is unlikely to start, whilst fellow Red Jon Flanagan watched from the substitutes’ bench.

That leaves the 29-year-old in as complacent a position as he seems at Anfield, and a series of poor touches, mindless positional work, and some absent challenges should be cause for concern for Hodgson and, in extension, Rodgers next season.

On his 34th birthday, Gerrard captained the side, deployed in his newly-forged regista role for one of the first times in an England shirt.

The midfielder performed capably in his new role in the side, offering an outlet for the composed centre-back pairing of Jagielka and Cahill whilst opening up play with his range of passing.

In particular, the Reds’ captain slipped teammate Sturridge through on goal with a deft through-ball, displaying the liminal understanding fostered as Hodgson seemingly based his starting XI on Rodgers’ side.

One of the most encouraging signs from this international friendly was that Liverpool’s resurrected central midfielder Henderson started alongside Gerrard at the heart of the England XI.

The former Sunderland man was exceptional throughout the 2013/14 season for the Reds and should, justly, be rewarded with a starting role for Hodgson’s side in Brazil; in particular, his supreme fitness will benefit the side in the much-reported Manaus heat.

Against Peru, Henderson kept things unspectacular, but did little to discourage onlookers as he continued his midfield partnership with Gerrard.

Daniel Sturridge – 8 (Man of the Match)

Surely everyone’s choice for England’s starting striker at the World Cup, Sturridge picked up where he left off following a sensational season in a Liverpool shirt.

His partnership with Wayne Rooney still needs a lot of work, with the Manchester United forward looking way off the pace against Peru, but as an individual Sturridge performed brilliantly.

With Hodgson’s men struggling to get the all-important first goal throughout a frustrating opening half-hour, Sturridge took the ball from the flanks and hit a perfectly curled opener; if he can produce magic such as that against Italy and Uruguay, England will stand a chance of qualifying for the knockout rounds in Brazil.

A shock omission from Hodgson’s starting lineup, 19-year-old Sterling had to make do with a substitute’s role against Peru.

Sterling showed the intelligent bursts of energy and attacking prowess that he has developed under Rodgers of late, and his performance should encourage Hodgson to consider him for a starting role at the World Cup.

Sterling and Barkley would go straight into Germany's team right now. They must have half a chance getting into England's. They are special.

In truth, the youngster wasn’t given enough time to impress, but nonetheless he did do more than Rooney or Welbeck managed in the 65 minutes before.

He’s not a Liverpool player yet, but if reports are to be believed he may well be sporting a Reds shirt in due course, and another comfortable performance for England goes to show why Rodgers is so interested.

Having only made his debut for the Three Lions recently, the 26-year-old belied his relative inexperience with a fearless performance starting on the wing; Peru are naturally a weaker opposition than England stand to face at the World Cup, but Lallana’s ingenuity made light work of their full-backs on several occasions.

In particular, along with Henderson, Lallana’s defensive work will be integral for an expansive England side to succeed in the near future.

Do you agree with our ratings? Let us know in the comments below.