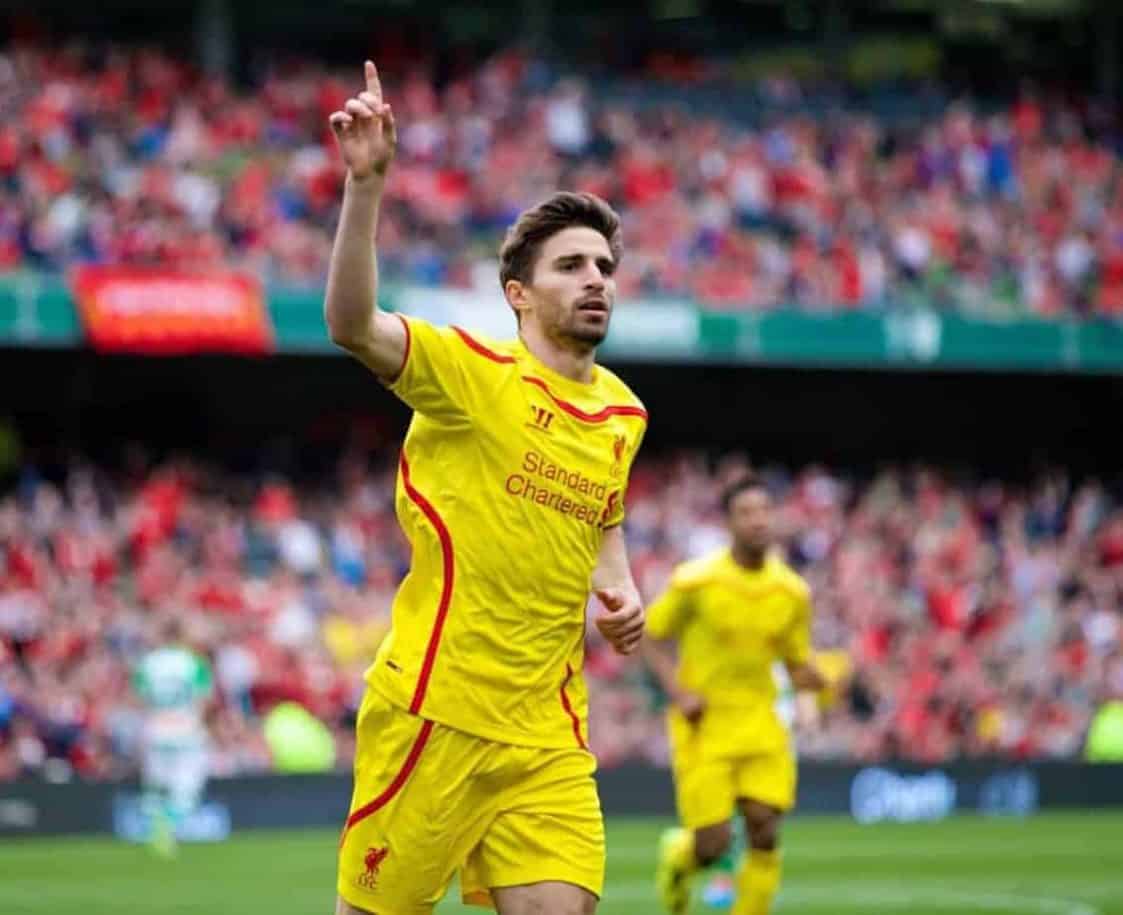 Fabio Borini has enjoyed an excellent season on-loan at Sunderland, while Yevhen Konoplyanka has been on the Reds’ radar for some time now. Henry Jackson (@OnFootballTweet) compares the two attackers, and assesses which one would strengthen Liverpool’s squad more next season.

As Brendan Rodgers looks to bolster his squad this summer, preparing for the rigours of Champions League football and another title challenge in the 2014/15 Premier League, he is looking to add quality in attacking areas.

Two players who could well play a big part next season are Fabio Borini and Yevhen Konoplyanka. The Italian and the Ukrainian would both bring different attributes to the side, but who would be the better option?

The 23-year-old spent the 2013/14 campaign on a season-long loan at Sunderland, with regular first-team football at Anfield far from guaranteed by Rodgers last summer. He enjoyed a terrific spell at the Stadium of Light, scoring 10 goals in 40 appearances.

Although that goal-scoring rate is from from astonishing, he often saved his big moments for the biggest occasions; often a mark of a very good player. He scored a vital penalty against Chelsea, helping out Liverpool in the title race in the process, and he scored home and away against Newcastle in the Tyne-Wear derby.

In the Capital One Cup, Borini scored against Chelsea and Manchester United as they reached the final against Manchester City. He scored a superbly-taken effort in that game too to open the scoring, but City prevailed in the end.

Borini’s hard-working style, coupled with his fine finishing and and big-game ability, made him a fans’ favourite at Sunderland. There are rumours he may even return there on a permanent basis.

The Italian, who has won one cap for the Azzurri to date, will return to Anfield this summer, but it remains up in the air as to where Borini’s future lies.

After a failed first season at Liverpool, there are definite doubts as to whether he has what it takes to be a genuine success at a club with aspirations of winning the title next season.

There can be no doubting that, if he does stay with the Reds, he will be a squad player rather than a regular, with the likes of Raheem Sterling and Daniel Sturridge undoubtedly more superior players in his area of the pitch- he plays predominantly as a striker but can be effective out wide.

That said, his season at Sunderland will have given him confidence, and there is every chance he could return a better player than when he left.

Liverpool were very close to signing Konoplyanka in the January transfer window, but the move fell through at the eleventh hour. The interest reportedly still remains, however, and he is a player Rodgers is clearly keen on.

The 36-time capped Ukraine international is a hugely talented player, and one who is capable of playing in either a wide area or in a ‘number 10’ role.

The 24-year-old is probably most happy on the left, cutting inside onto his deadly right foot where he can create and shoot in equal measure. England learned all about that back in September 2012 at Wembley.

Konoplyanka scored 13 times in 36 appearances for Dnipro this season, and his expertise from dead-ball situations is one of many strong attributes he has in his armoury.

Quick, skilful and an ability to cutting inside or hit the byline, he is a player capable of changing a game on his own. He may take a little time to adjust to life in the Premier League, like many players, but he is someone capable becoming a star in the world’s most competitive league.

While both players would bring different qualities to the Liverpool squad, Konoplyanka represents the better option.

For all of Borini’s effectiveness, he is not a player who will hurt the opposition in big matches. At best he would be a very effective squad player who will get you 10 goals a season, but would he make Rodgers’ squad that much stronger?

Konoplyanka, on the other hand, is a player who could force his way into the Reds’ starting XI, giving the likes of Sterling and Philippe Coutinho a real battle on their hands to keep their place in the side.

The pace and threat he brings in wide areas is something Borini cannot offer, and although he, perhaps, doesn’t press and work as hard as the Italian, Rodgers has shown he can make previously lazy players become extremely hard-working.

Whether there would be room for both players remains to be seen- there is no reason why they couldn’t both be part of Rodgers’ plans- but if Liverpool are to kick on to the next level, it will be Konoplyanka who helps in that respect rather than Borini.

Who would you prefer to see at Liverpool next season: Borini or Konoplyanka? Let us know in the comments section.