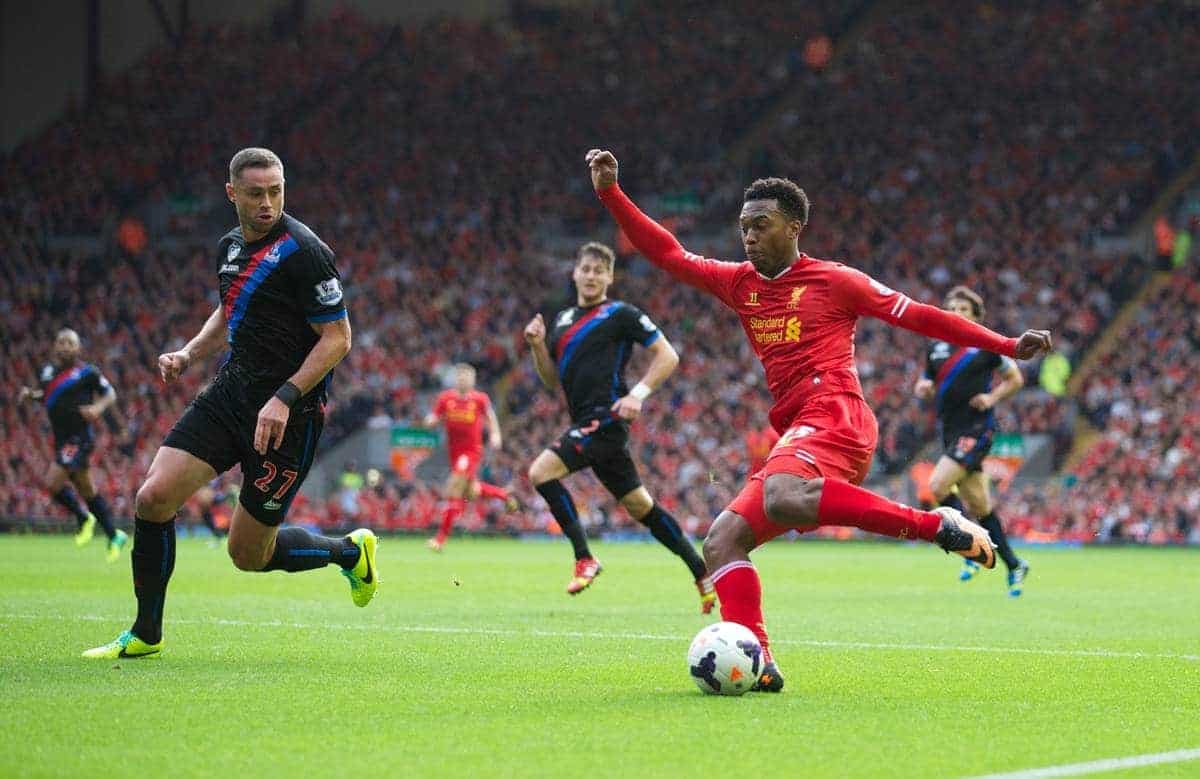 The painful loss against Chelsea last Sunday brought Reds back down to earth with a brutal bump. A harsh defeat against a team that had about as much intention of winning the game as we did of losing it deflated Reds’ everywhere.

For Brendan Rodgers’ side, it’s all about how they respond to a damaging psychological defeat and regrouping ahead of the remainder of the title race which looks set to go to the final day of the season.

Liverpool need to bounce back with immediate effect and continue to battle for a title that they’ve done remarkably well to position themselves in with a shout for, and also hope that somewhere over the last three games City slip up.

First and foremost, we have to concentrate on what we do and make sure that we give ourselves the best possible chance to pounce on any slip from City. It’s going to take luck to be on our side and two big final pushes to win the league from this position, the first of which is a trip to Selhurst Park on Monday night to take on Tony Pulis’ resurgent Crystal Palace side.

Liverpool lined up with the same team that overcame a Norwich City the week before, which was arguably the strongest line-up Rodgers could field with the options available. The extent of the absences of Jordan Henderson and Daniel Sturridge were obvious for all to see and while the midfielder is missing again as he sits out the last fixture of his three match ban, Rodgers will be hoping that Sturridge recovers in time for a make or break game in south west London.

However, Rodgers’ admission in his pre-match press conference on Friday afternoon that Sturridge hasn’t trained this week doesn’t bode well.

Henderson’s loss to the midfield was particularly noticeable on Sunday with his replacement Lucas Leiva again struggled with the pace and intensity of the game. A return for Sturridge could have meant Philippe Coutinho replacing his compatriot in midfield.

Unless Sturridge does recover, it’s possible that the manager could field the same team for the third game running but there is another option that could be explored – Victor Moses.

The winger hasn’t enjoyed a good season on Merseyside since arriving last summer and calling him a fringe player could even be argued as an overstatement. However, while continuing with the diamond formation that has worked so well, Lucas’ inclusion has meant Liverpool’s midfield haven’t functioned quite as well as we’d come to expect. The Brazilians’ immobility and poor passing range has seen him struggle in the role he is currently being asked to fill.

Therefore, relegating him to the bench and dropping Coutinho deeper, making a midfield three alongside Joe Allen and Steven Gerrard could see Moses come into the side to form a three man attack alongside Raheem Sterling and Luis Suarez.

It’s very much a choice that we all wish we could avoid and it really is like choosing the lesser of two evils. But as harsh as it is on Lucas, who looks like injuries may have got the better of him, he really hasn’t been able to fill the gap adequately. For that reason it may be worth changing to a 4-3-3 shape and including Moses against the team where he started his career.

The change would provide Liverpool with more energy, mobility and tenacity in midfield, complementing the ball playing qualities of Gerrard, Allen and Coutinho.

Assuming Sturridge’s injury keeps him out of the starting team and Rodgers opts for the same team, Liverpool would look like this at Selhurst Park:

As outlined above however, ridding Lucas of a starting place could help Liverpool and again assuming Sturridge is unfit, an option for the Reds and the one that I would choose to go with would be this:

If Sturridge is fit enough to play come Monday night, he should come straight into the side replacing Lucas. Maintaining a diamond shape, this would be the starting team I’d choose for Liverpool to line up with:

Would you bring in Moses for Lucas if Sturridge isn’t fit? Or perhaps give Iago Aspas a start up front?