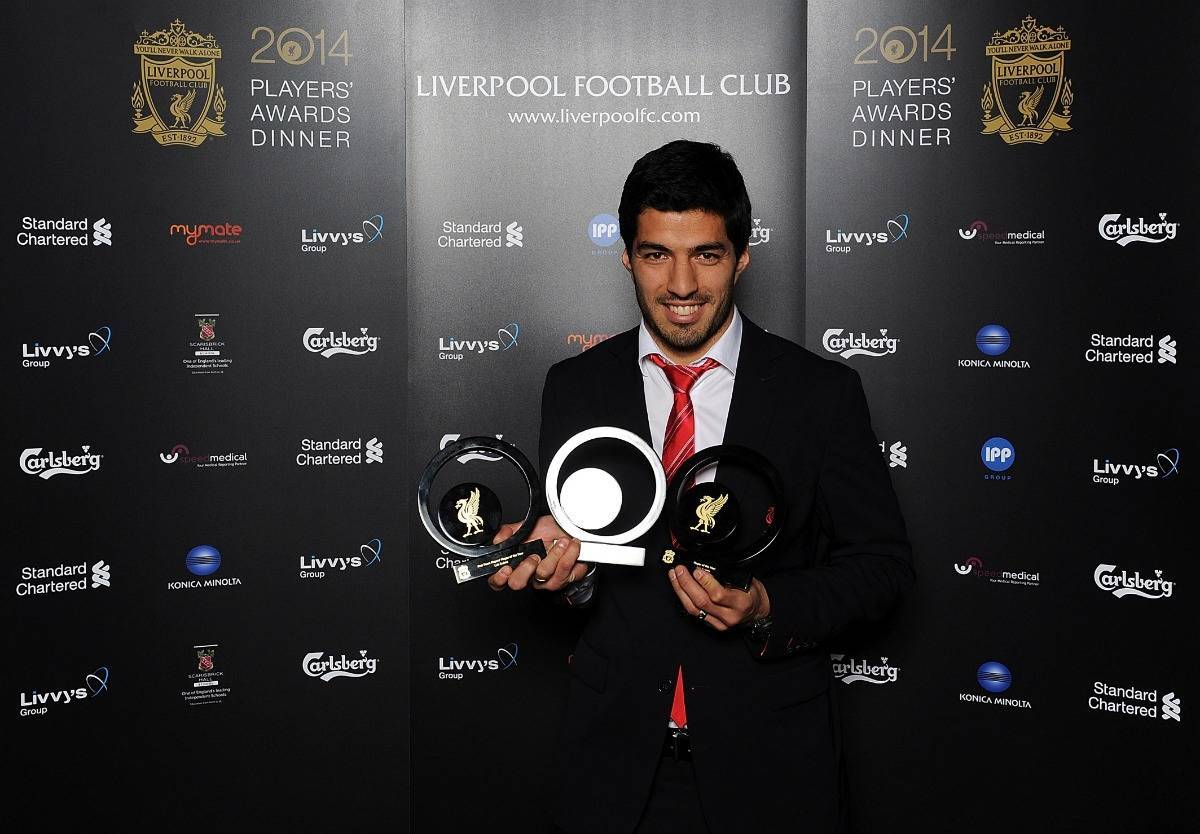 Other winners on the night included nineteen year old winger, Raheem Sterling who was voted Young Player of the Year by fans.

Winners of other accolades included:

• Bill Shankly Award – someone who has upheld the Club’s values, showing dignity, unity, commitment and ambition – Winner: Lucas Leiva for his services to the Liverpool FC Foundation

• Fan of the Year – a fan who goes above and beyond for their Club and community, showing great courage to overcome adversity – Winner: Rado Chmiel

• Staff Recognition Award – For a member of Liverpool FC staff who is dedicated to Liverpool FC and upholds the Liverpool way – Winner: Matt Walker

As part of the event, an auction was held to raise vital funds for Liverpool FC Foundation, the Club’s charity which provides a wide range of sport-inspired programmes throughout the local community and beyond that help to inspire positive change and build better futures for people of all ages.

We’ll have an interview with young player of the year Jordan Rossiter on This Is Anfield on Wednesday.

Supporters can watch the awards night on LFCTV on Wednesday night.