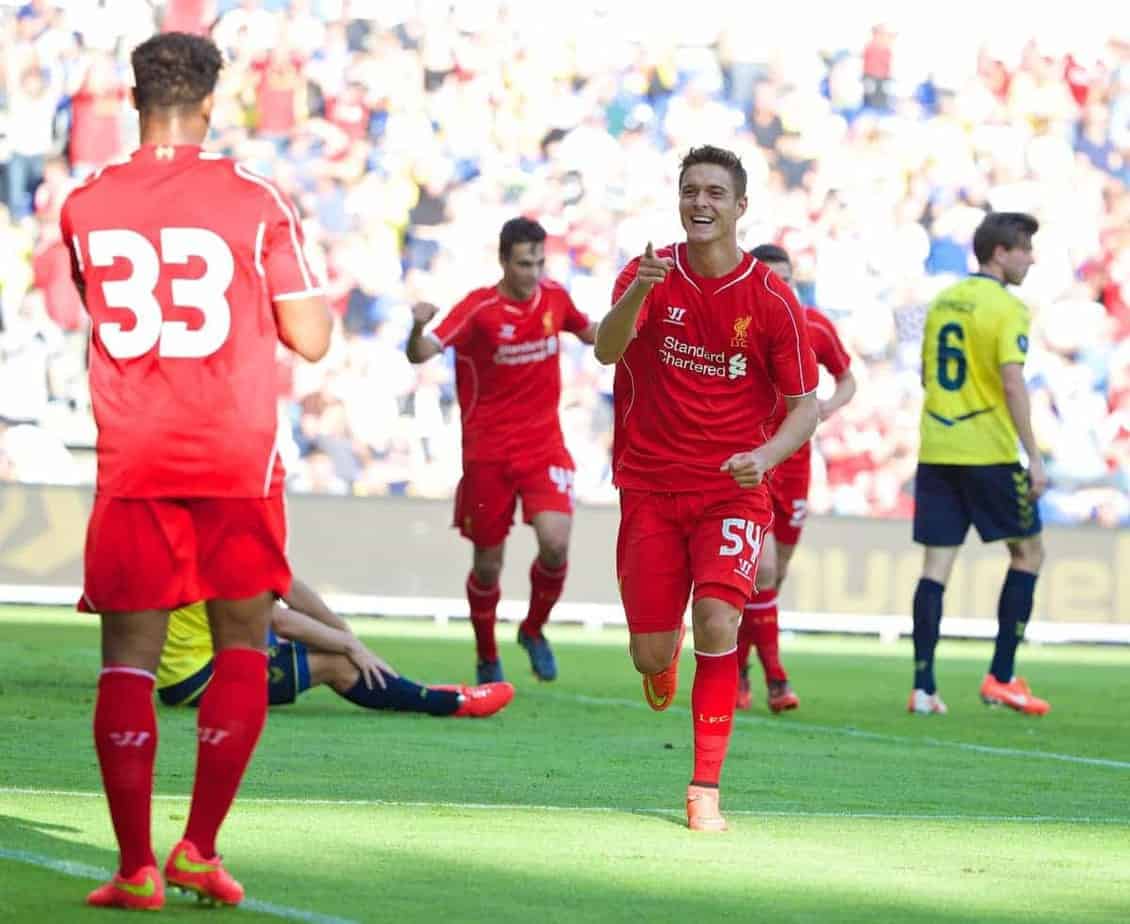 Liverpool returned to action on Wednesday evening with their first pre-season friendly against Brondby in Copenhagen.

Brendan Rodgers’ side were without any of their four new signings, with the manager explaining that Emre Can had suffered a slight ankle injury in training – but will be fit for their next friendly.

Daniel Agger captained the side in the first-half, returning to the club from which he joined The Reds eight years ago.

As is the norm with early pre-season games, two different XIs took to the field for Liverpool in each half, with a mix of youngsters and first-team players in each side.

A scuffed clearance by Suso allowed Christian Norgaard to curl in the opener for Brondby on 23 minutes.

Liverpool equalised early in the second-half, winger Jordon Ibe showing excellent pace and skill down the left to lay on a goal for Swedish youngster Kristofer Peterson with his first touch.

Ibe was Liverpool’s standout player but missed a superb chance with 10 minutes to go, hitting a weak shot too close to the keeper when he could have played in Peterson instead.

From a tactical perspective, Liverpool played 4-3-3 in each half and that preferred formation looks likely to be The Reds’ formation in the forthcoming campaign.

Brondby, whose season starts at the weekend and fielded a full strength side, hit the bar twice in the second-half and gave Liverpool a good test in their first friendly of the summer.

The Danes scored the winner in stoppage time when Fahan Hasani danced through several challenges to finish from 12 yards out.

The Reds return to England now and face Preston North End at Deepdale on Saturday, before flying to Boston for the America tour.